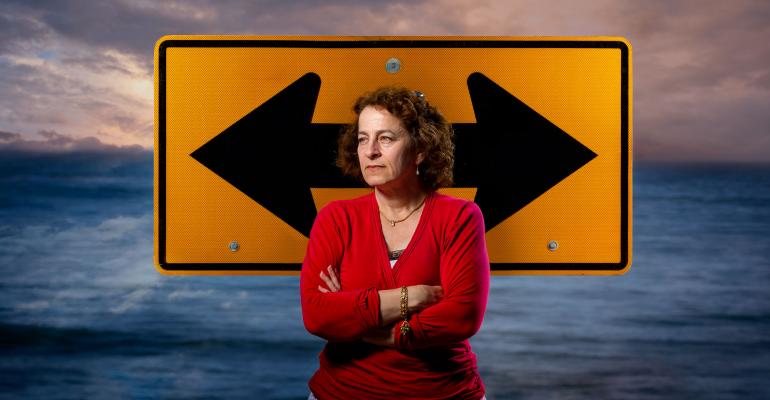 My Life as a Client: Fed Up with Uninspired Advice

Successful financial advisors know what their clients really think about them. Period. With that in mind, we talked to Katherine Wertheim, a fund-raising consultant for nonprofits in Ventura, Calif., about her experiences as a client.

When I was a kid, my dad gave me some stocks and taught me how to speak the language. His accounts were at a big brokerage firm, and after I graduated from college and moved to Washington, DC, I called up the local office of that firm and said, “Here I am.” They just assigned me someone. This was in the 80s.

She would call me up and pitch something. Or I would call her. I didn’t really pay all that much attention. But, one day she pitched me on some fund and, for once, I read the prospectus. The key thing is, it was 9% to buy into it. I called her up and told her to cancel the order. She said if I cancelled the order she would fire me as a client. I did and she did, too. After that, I was briefly assigned to someone else. Then I withdrew everything and put it in Charles Schwab. I decided I didn’t need to use somebody who maybe didn’t have my best interest in mind.

In the 2000s, I moved to Ventura and, eventually, looked for a new wealth manager. I wasn’t paying enough attention to my stuff, I thought I should have a second pair of eyes on this. One of my clients, a local theater, used a wealth manager who had his own firm. I liked this advisor because he was a good donor to the theater and he seemed to understand the nonprofit world. He put me in a lot of new things, which is what they all do. Otherwise, you’d say, what am I paying you for?

In 2008, I took a bath like everyone else. Then he separated himself from his other partners. That seemed to be a shame. I also noticed after a while that he wasn’t giving as much in philanthropic donations.

But more important, over a number of years, I got increasingly frustrated by his style. I felt like he gave all his clients the same lecture and wasn’t really thinking about my particular understanding of stocks and bonds. There would be a few minutes of chit chat about my life, then he would launch into a speech. If I said anything, he’d pause for a moment and then go on with what he was saying. It felt canned. At a small firm, I thought there’d be more personalization. There wasn’t.

He did try to have groups of people over to his house. That was so-so. He also got some clients together who might refer business to each other. One time it was at a funeral home, where one of his clients was the director. Some people found it useful, but I did not. That’s not how business comes to me.

In 2013, the market went up 30% and my holdings went up 6%. He never addressed that discrepancy. Originally, I’d told him I wanted to be moderately aggressive. So 6% growth in a 30% year was unacceptable. Around that time he also got sick and started taking about retiring soon. I figured at some point he’d sell.

A year later, before our next meeting, I wrote him a letter, fired him and transferred everything to Schwab and E-Trade. They each assigned a guy to me I could talk to and one of them suggested a series of stocks that clearly was put together by a computer. It was just so annoying.

My feeling is if you’re in a private office, your advisor will actually manage your accounts according to your likes and dislikes. Otherwise, they plug in your age, whether you want to be aggressive or moderate and if there’s anything you don’t want to invest in, like guns. Then it goes into a computer, which spits out the same recommendations for everyone like you.