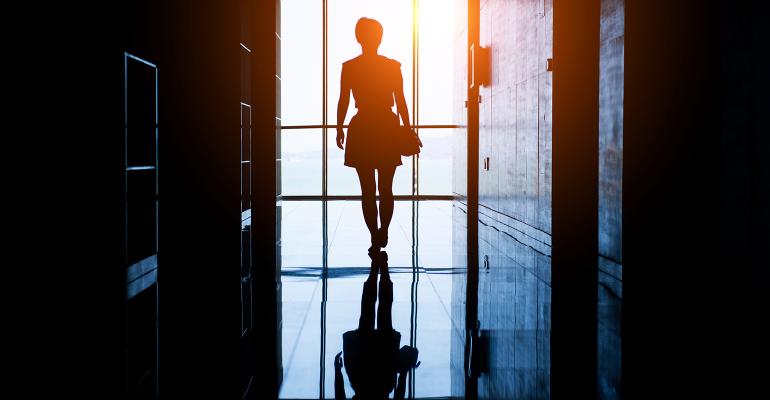 My Life as a Client: Don’t Ask Too Many Questions

A joke may also be a forewarning.

If you’re an advisor who’s wondering why your client bailed on you, here’s a cautionary tale. We interviewed a wealthy New York City resident who recently fired her active management advisor for their unwillingness to be accountable for justifying the fees they charged. In exchange for sharing the innermost details of her investment journey, this sophisticated and, by her own account, very demanding investor asked to remain anonymous.

I have lived and worked in New York City all my life. I consider myself a sophisticated investor, and I have always handled my own investment accounts. When my husband died, my financial situation became more complicated. I found myself in a much better financial position than a lot of people facing the loss of a partner. I was now the sole owner of two apartments in a Manhattan co-op

I had been using one of the apartments in our building as an office for my consulting business. After my husband died, I decided to sell that apartment and merge my business with my primary apartment. When the estate was finally settled, I had investable assets of well over $1 million.

I realized that I had sufficient assets to retire and maintain my former standard of living if the assets were invested wisely.

I had a couple of things going for me. First, my mother was the daughter of a stockbroker, so I had a good understanding of how stocks and bonds worked and a firm belief in the power of investing over the long term. My grandfather managed a Queens branch of a medium-sized stockbroker that years ago was acquired by Merrill Lynch. My mother handled the investments in our family as I was growing up and she insisted I learn and participate in investing. By the time I was 8 years old, I knew how to read a stock table. My mother was a big fan of mutual funds. Once I found a $20 bill on the sidewalk and my mother made me put my windfall into a fund. As a child, all my birthday gifts and babysitting earnings went into mutual funds.

I continued that track record of investing into my adult working life, mostly as a self-directed investor. Along the way, I made a lot of mistakes. For a time, I invested in Blue Chip equities. I thought AT&T was a good choice. Then after AT&T broke up, I was complacent and lost a lot of money on Lucent, a stock I didn’t even know I had acquired. I realized I needed professional advice and someone to track my investments.

My husband’s IRA was in the custody of one of his childhood friends who charged 1 percent for managing it. When he died, I agreed that this advisor could continue to manage the IRA if she could grow the asset by enough to justify her fee. It turned out the advisor didn’t even come close to matching the S&P 500. I needed to move the IRA and all my assets. But where?

I had spent a lot of time over the years trying to get unbiased financial advice for a reasonable fee. Since I banked at Citibank, I first tried the investment professionals at my local branch. I was quickly turned off when the Citibank people pressured me to get into “alternative investments.” I was troubled by their persistence that I buy an annuity that I discovered came with very high fees.

The last piece of investment advice my mother gave me was that I couldn’t go wrong with low-cost index funds. I wish I had listened to her. Instead, a friend recommended a money management firm in a neighboring state led by two advisors who boasted that they had created a proprietary “fund of funds” that they themselves invested in. The advisory would manage my money for a 1 percent fee.

After my disappointment with advisors, I interviewed several of the firm’s clients. Then I talked to the advisors. At one point I asked, “How do you know when a client relationship is going south?” They replied: “When a client asks too many questions.” The response was delivered as a joke but in fact it was a forewarning.

I allowed this pair of advisors to manage $1 million of my money. Still, I hedged my bets. I agreed they could actively manage $300,000 for a fee of 1 percent. For the balance of $700,000, much of which I had previously invested in a range of Vanguard index funds, we agreed that the team would “watch” the funds and make rebalancing suggestions from time to time. In exchange, for tracking the performance of the Vanguard funds, we agreed on a fee of 0.1 percent.

When my first annual statement arrived, I was unimpressed. They resisted comparing their performance against the market. (They said their portfolio didn’t mirror traditional benchmarks.) At my second anniversary, they offered no annual review. I had to contact them and still couldn’t benchmark their performance.

What was, nevertheless, clear to me is that, after fees, the portion of the account the advisors actively managed underperformed both the S&P 500 as well as the portion in custody of Vanguard, which was consistent because the Vanguard index funds tracked the benchmark. My attempts to hold the advisory accountable were met by defensiveness. I realized I was wasting my money with an advisor that didn’t value my business.

I pulled my account and transferred everything over to Vanguard. The advisors didn’t seem to be sorry I was leaving. In fairness, I either asked for too much service for the fee I was paying or they simply were uncomfortable providing me with benchmarks and analysis that they didn’t normally provide their other clients. Was it because I was a woman? It’s hard for me to tell.

With Vanguard, I’m now paying a fee of 0.3 percent for 100 percent of my assets—which is the same free I was paying the active advisors to manage just 33 percent of my assets. Under Vanguard’s Flagship program, I have a dedicated money manager assigned to me who welcomes my questions. I see that my accounts are rebalanced every quarter. For the first time, I am satisfied that my investment advisor is working on my behalf with no other agenda but my own interests. And finally, I want to thank my mom for her advice.