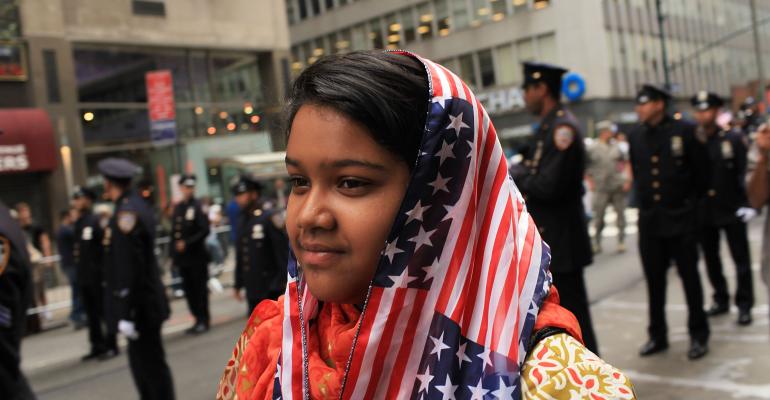 American Muslim clients are in dire need of guidance in walking the ethical path of their finances.

The term “ethics” has become a buzzword in the financial services industry in the wake of the 2008 financial crisis. Advisors and their institutions able to truly serve their clients in an ethical manner, aligning themselves with client goals, have thrived, as fee-only and fiduciary practices have become a new standard in financial planning.

It’s easy to understand the interest in ethics and financial management in a broad sense, particularly in light of subprime mortgages, credit default swaps and Bernie Madoff. Yet, when ethics are brought up in other contexts, such as how a particular religious group views them, advisors may find such considerations obscure or mysterious. This dissonance is unfortunate, as a large (and growing) niche market of underserved wealthy clients operate by a similar set of ethics that any conscientious high-net-worth client might operate by, with a few key differences. For advisors willing to take the time to understand such ethical nuances, the American Muslim market, with an estimated $50 billion in investable assets, is waiting to be served by them.

It is important to note that the worldview of Islamic finance is fundamentally different than that of conventional finance (although it tries to achieve the same goal) in that the essence of the Islamic worldview is oneness and sovereignty (Tawheed) of God. Tawheed has implications related to all aspects of a Muslim’s life, beyond economics and finance. This can be a fundamental tripping point for those not accustomed to working with Muslim clients, but it needn’t be a permanent roadblock.

Unlike a compartmentalized approach, ethics in Islam is a complete way of life among the devout, and thus Islamic law (Shariah) provides rules and norms for all aspects of life, including economic and financial transactions. Islamic economics and finance reflects an Islamic worldview, and the two main sources of Islamic law (Shariah) are the Word of God (Quran) and the words and actions of the Messenger Muhammed (hadith/sunnah).

Interested parties can read in detail the precepts of ethics in Islam, but the key point to understand is that the focus of contemporary Islamic finance has been, since its re-emergence, on the legality of contracts in terms of the forbidden and then whether all the conditions to the contract have been met. This is a major focus for how Muslims differentiate their financial dealings compared to non-Muslims.

As such, the first concern of American Muslims in replicating conventional contracts is to remove all elements of prohibition from transactions, mainly:

Thus, from the perspective of investments, the impetus has always been on avoiding the above. No investments are permitted in:

Further screens in more advanced Islamic investment approaches eliminate prohibited financial transactions with a company that has excessive debt, or high levels of cash generating interest on the company’s balance sheet. Understanding these basic elements of prohibition in Islamic finance can help investment professionals along the path of understanding the more complex nuances in Islamic investments that we will explore now.

An important maxim in Islamic law is “enjoining in the good and forbidding the evil.” Muslims strive in their daily affairs to do both. Thus far, Islamic investment has focused on the aspect of forbidding evil. Innovation has mainly focused on screening equities to ensure that the investments being made are compliant with the rules of Islamic law. There are now several different standards that take into account different schools of thought. It involves a two-step negative screening approach, both qualitative and quantitative, of eliminating non-Shariah-compliant companies from the investable universe of companies.

Thus far, what has been missing is the first part of the maxim mentioned earlier: “enjoining in the good.” Screening for permissible investments involves asking whether these Shariah-compliant companies are ethical. The first priority in Islamic equity investment is to ensure investments are made in companies that are permissible to invest in. As Islamic investing evolves, the issue will be how to move towards not just following the letter of the Shariah, but also incorporating the spirit of Shariah into equity investing. Muslim clients need advisors capable of guiding them along this evolutionary path.

A major driver in the rise of Islamic finance in the global market has been the introduction of sukuk (an Islamic financial certificate that is Shariah-compliant) into the capital markets. This became a useful tool for governments and corporations to raise funds at lower cost than equity and at the same time adhere to the rules of Shariah on financing. For investors, it provided the opportunity to invest in lower-risk, fixed-income instruments that were not based on generating interest payments. Thus, sukuks are similar to bonds in that they pay out a stated rate of return, but different in that the payments are based on anything other than interest—for example, rental payments and leasing.

However, sukuks have not been without detractors. Issues related to the stability of the offerings, technical ownership of the bonds and companies that offer sukuks (including those that may offer products or services that are non-Shariah compliant) have cast a shadow over this fast-growing asset.

Perhaps one can begin to see the complexity in how such ethical matters impact seemingly straightforward decisions and the layers of nuance within the Islamic finance world. Muslim clients routinely seek guidance on such complex issues affecting their worldview and finances.

Fund fees are also a major talking point. Scholars have opined that sales commissions/fees are Shariah-compliant, but given the data on past practices from various countries, one can argue that a flat fee structure is more ethical.

Another ethical issue in Islamic finance concerns Islamic banks and their aims. Most, if not all Islamic banks, are modeled after conventional banks with very similar growth metrics and key performance indicators. The traditional model, adopted “lock, stock and barrel” by Islamic banks, is to earn money from the amount of credit they issue to customers, whether in trade finance, home mortgages, credit card, etc.  All Islamic banks do is make the contract terms Shariah-compliant. However, this encourages individuals to be in debt. Islamic law does not prohibit debt, per se, but it is strongly discouraged.

In many Muslim countries, Islamic banks sell personal loans because they are very profitable with no regard (mostly) for whether the customer has the ability to pay it off. How Islamic banks settle this type of ethical issue will be worth monitoring.

Due to the complexities outlined above, American Muslim clients are in dire need of guidance in walking the ethical path of their finances. Far from taking a compartmentalized approach to their assets, as is common with other clients, this group of largely high-net-worth and underserved clients will appreciate advisors who take the time to learn the nuances of their needs and help them connect to the “good” and not just the prohibited.

Monem Salam is director at Saturna Capital Corporation and president of its subsidiary Saturna Sdn. Bhd. in Kuala Lumpur.