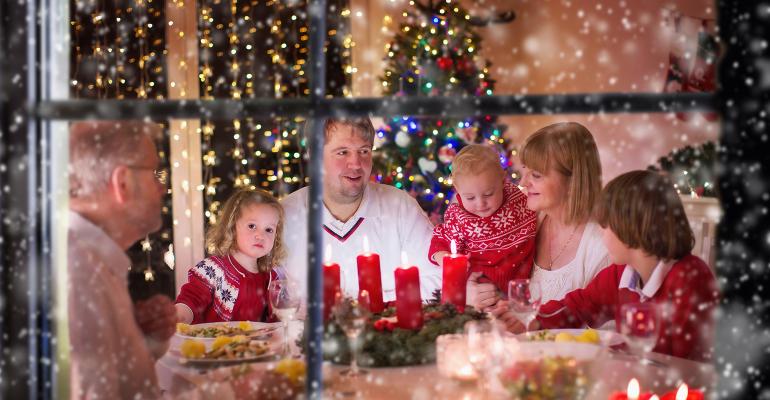 The Money Talk With Your Parents: Do It This Weekend

You and your clients headed home for the holidays? Time for the dreaded money, aging and death talk.

(Bloomberg) --Guess how many people between the ages of 50 and 80 think that one day they won’t be able to manage their day-to-day finances?

Nine percent. And how many of them have watched friends or family lose that ability? Sixty percent.

This alarming conflict is reflected in a new study by Fidelity Investments, which also found that while many parents are leery of burdening their kids by asking for help with their finances, eight out of 10 adult children surveyed said they actually wanted to help.

But since that’s when you all get together, it’s a rare opportunity to broach the topic in person. The payoff is peace of mind—and, potentially, a line of defense against the legions of scammers who target the elderly.

Elder financial abuse is a serious problem. About 17 percent of seniors said they had been the victim of financial exploitation, according to a March 2016 report by the Consumer Financial Protection Bureau that cited recent studies. A 2011 MetLife study estimated that $2.9 billion a year is lost in elder financial abuse. And not all the abuse is reported. At the very high end, a 2015 True Link study estimated the loss at $36.5 billion.

In general, any irregular activity in an elderly relative's banking records or financial activities is a red flag. Signals of possible trouble include excessive withdrawals, nonpayment of bills, missing deposits of pension or Social Security checks, repetitive payment of bills, unusual wire transfers, or a sudden or uncharacteristic burst of internet banking.

“The first thing I tell consumers and people within financial institutions—and people miss this all the time—is to take it seriously if the older person is complaining about something funny going on with their accounts,” said Elizabeth Loewy, general counsel for the financial monitoring service EverSafe and former head of the Manhattan District Attorney’s Elder Abuse Unit. (Fidelity offers EverSafe's product to its clients at a discount.)

At the DA’s office, Loewy found that ageism would lead people to pooh-pooh an elderly person’s complaints. “Often people were dismissed as paranoid, or just old, when they were right,” she said.

Financial services and software providers are working on new services and tools to help catch such abuses. Meanwhile, a clearer and more detailed picture of a parent’s finances can help you keep him or her financially healthy with the advancing years, even if the scammers never strike.

How to start the conversation? Not at a table groaning with holiday dishes after three glasses of wine, advises Hillary Illick, a life coach at Life Matters in Cambridge, Mass. (Illick is also a consultant to Cogniscient, a firm focused on issues surrounding financial management and cognitive decline. It has built a software platform for use in the financial services industry.) Find the right time and place and frame the conversation as being for the whole family’s well-being, as insurance to protect parents in retirement, Illick said.

“The discussion is that we don’t want to invade your privacy—we really don’t want to know your day-do-day spending—but we want to protect you and your estate in retirement,” she said. By making it clear you don’t want to be involved in the daily finances—at least until you really need to be—you remove a threat.

“The surprise in the survey,” said Suzanne Schmitt, Fidelity’s vice president of Family Engagement, “was just how important the premium was for older people on managing their day-to-day money, and how resistant people were to getting professional help or help from loved ones with that.”

Schmitt suggests families focus at first on long-term issues, like investments and estate planning, and making sure all beneficiaries are designated on all accounts, that there is a current and complete will, a health-care proxy, and a living will.

Some of the suggested language on web sites for starting these conversations can feel trite or forced. Illick suggests starting by “communicating about the communication.” You want to manage expectations and just say, “I’m going to have a discussion that’s kind of delicate and may be difficult for all of us. When is a good time?”