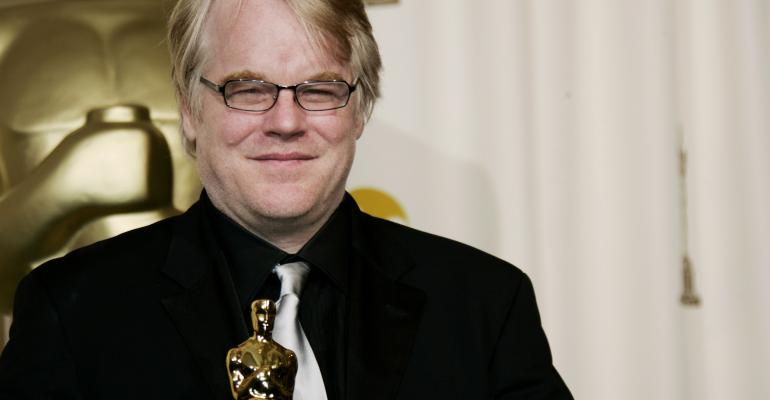 Keeping Up With Philip Seymour Hoffman

We were surprised and sad when we heard about the death of actor Philip Seymour Hoffman on Feb. 2, 2014 at age 46.  We’re always especially moved when a parent dies while his children are minors.  Also, the peculiar effect of celebrity makes us feel as though we’ve lost a friend, because we enjoyed Hoffman’s work so much.  Of course, when any client dies, we reflect on the role we have played as attorneys in the client’s life.  Similarly, Hoffman’s death and the facts surrounding his will remind us that the work of an estate planning attorney is most effective when the client relies on the attorney as a lifelong, trusted advisor who’s kept current about the client'’ personal life and is a regular part of the client’s financial decision making.

Since Hoffman’s death, many people in the estate planning industry have commented on substantive deficiencies in Hoffman’s estate plan.  According to reports, the disposition of Hoffman’s $35 million estate will be controlled by a will he signed in 2004, leaving his estate to his  “friend and companion,” who’s also the mother of his three children.  Commentators have pointed out the estate tax cost of not using the marital deduction or a credit shelter trust, the risks of failing to provide for Hoffman's children, particularly the two born after 2004, and, ironically, the lack of privacy caused by relying on a will as the centerpiece of Hoffman’s estate plan, instead of a living trust.

Much of this commentary, however, treats estate planning as though it’s a one-off transaction between an attorney and a client, or a sporadic series of such transactions, which should be timed to occur when the client’s life seems to be particularly at risk for some reason, such as surgery, traveling or entering a substance abuse recovery program.  We believe this situational approach is almost always doomed to, at the very least, be inadequate, or, at worst, completely miss the mark.

In contrast, we view estate planning, especially for high-net-worth individuals and family business owners, as a continual process that requires frequent review, like investment portfolio management, income tax planning and income tax compliance.  This point is aptly made by even a superficial review of relevant events that occurred during Hoffman’s tragically short adult life.

Hoffman considered his role in Scent of a Woman (1992), as his big break in acting.  He says, before that,  “[n]ot only couldn’t I get a job as an actor, I couldn’t hold down the temporary non-acting jobs I managed to get.  I got fired as a waiter in restaurants and as a lifeguard at a spa.”1 It’s unlikely that Hoffman had substantial wealth at that time.  Furthermore, he wasn’t married and had no children, and the federal estate tax exclusion was $600,000.

Over the next 10 years, Hoffman ascended to increasingly more lucrative roles in movies.  He had a child in 2003, but still didn’t marry.  His wealth at that time isn’t publicly documented, but the best of his work was still ahead of him.  In 2003, the federal estate tax exclusion was $1 million.

In 2005, Hoffman won an academy award for his role as the title character in Capote.  It can be assumed that his earning capacity increased considerably.  At that time, the federal estate tax exclusion was $1.5 million.  During the next 10 years, Hoffman made about 27 more films and had two more children with his partner.

Given both the dramatic changes in Hoffman’s life and the relevant federal estate tax law, it would have been impossible to prepare an estate plan for Hoffman as a one-off transaction and expect it to be adequate at the time of his death.  Further, even if his estate plan had been updated when he entered rehab, what should it have looked like?

Such a plan likely wouldn’t have been appropriate if Hoffman had lived to his life expectancy.  In the future, would Hoffman’s professional success have continued or would substance abuse or other factors impair his career or even incapacitated him?  Would he have had more children?  How would his children have developed?  Would he have married?  Would the federal estate tax be repealed?

In reality, an estate plan isn’t just a static set of documents that are signed and then stuck in a safe deposit box until the client dies.  An estate plan is a system of contracts, transactions and property arrangements that address and are dependent on financial, personal and legal facts that change frequently.  An estate plan is never complete.  Like a financial plan, a business plan, income tax compliance and healthcare strategies, an estate plan is dynamic, reflecting our clients’ lives and our estate tax system.   It needs consistent review and regular attention.

As estate planning attorneys, we must explain to the client the dynamic and continuing nature of estate planning, disability planning and business succession planning.  We must resist the idea of fixed-fee, off-the-shelf estate plans and engagements that are considered to terminate after a single execution ceremony.  Instead, the attorney and client must accept the engagement as a lifetime relationship and recognize that the estate plan will and should change over time, sometimes as a whole and sometimes in pieces.  Of course, when the client dies, we’ll be sad, but we’ll also be proud of the role we’ve played as the client’s trusted advisor, and we’ll be confident that the client’s estate plan will represent the best we could have done.