/sites/all/themes/penton_subtheme_wealthmanagement/images/logos/footer.png
Recent
Recent
Addepar Acquires Trading And Rebalancing Platform AdvisorPeak
Oct 22, 2021
Orion Acquires RegTech Provider BasisCode
Oct 22, 2021
Orion Acquires RegTech Provider BasisCode
Oct 22, 2021
You Get What You Give: Why Advisors Are Losing the Race for Talent
Oct 22, 2021
Featured
The 10 Best and 10 Worst States in Which to Retire in 2021
Jul 15, 2021
Poll: 15 Classic Books on Investing and the Markets
Apr 03, 2020
25 U.S. Markets Adding the Most Multifamily Units This Year
Feb 03, 2021
Fifteen Must-Listen Business Podcasts for Advisors
Aug 14, 2020
MY LIFE AS A CLIENT
brought to you by 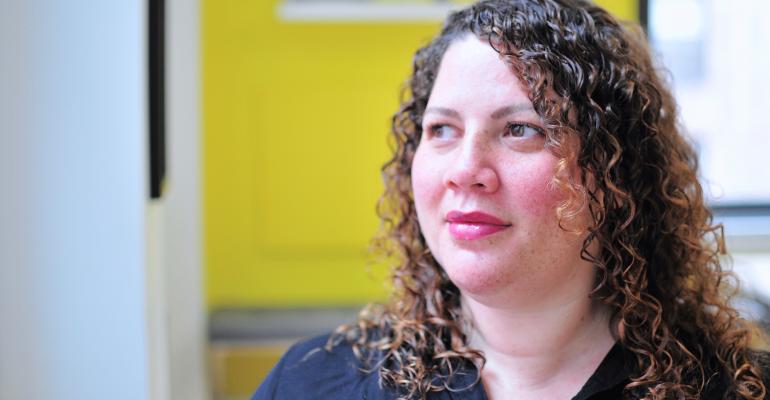 A 38-year-old client gets stuck with a junior advisor seemingly reading off a script—and considers a change.

In an effort to learn what everyday clients really think about their advisors, and what all advisors can learn from them, we talked to Adrienne Robbins, 38, director of operations at a New York City-based public relations firm.

I have an advisor now; he’s my second and I would describe it as a lukewarm experience.

My first advisor was a good friend who worked for a big brokerage firm. In 2002, not long after I graduated from college, she really pushed me to start investing. The company I was working for at the time didn’t offer a 401(k) plan, so she encouraged me to establish an IRA. She told me I didn’t need to put aside a lot of money every month, but I had to do something. So I opened a Roth IRA.

Not long after, she ended up changing roles. And, basically, my account was just sitting there for a long time. It was out of sight, out of mind. Then at the beginning of 2016, an advisor there picked up the phone and called me. It seemed like he had recently been given my account. He was very new to the firm. I researched him online and learned he was only practicing for about a year at the time. But maybe that meant he was happy to have me.

He said, “your account is just sitting here. Do you want me to do something with it or have a conversation about how you’re managing your money and your financial situation?” After about two calls and an email, he convinced me to work with him. At that point, we talked about how much I had in savings, my retirement goals, things like that. I told him about an old 401(k) I had that was just sitting at my old employer and he suggested I roll it over into an IRA with him. That was the first thing he did for me. Also, he convinced me that I was keeping too much money in a regular savings account and should invest a chunk. He educated me about how, based on inflation, I was losing money by not investing more actively. So I’ve been doing that ever since.

He’s very inexperienced and that’s the problem. I found I knew more about the process of rolling over my 401(k) than he did. I’m in human resources, so I realize I may have more insights than most people, but still ... Initially, he took me through a verbal quiz to see whether I’m conservative or moderate in my investment preference. He determined I’m more of a moderate-risk person, so he got me into more moderate investments. It seems his method is to funnel my information to the firm and then offer me advice based on the firm’s playbook, as if he’s reading from a script.

I just don’t feel he has the experience to know what is truly best for me, probably because he’s not been in the business 30 years, living through the highs and lows. He’s someone just starting out and working with people who don’t have millions of dollars to invest.

We have minimal contact. I’ve never met him. He’s in Arizona where I was when I first set up an account with the firm. He emails me about twice a year—tells me it’s time to do our review—and we schedule an appointment to talk, discuss any changes—if I bought a house or changed jobs—again following a “requirement” in the playbook.

I’ve considered changing. Not necessarily out of the firm, because my family has invested with them for a while. But I think that, until I hit a certain dollar amount, I’m stuck with the more junior level.