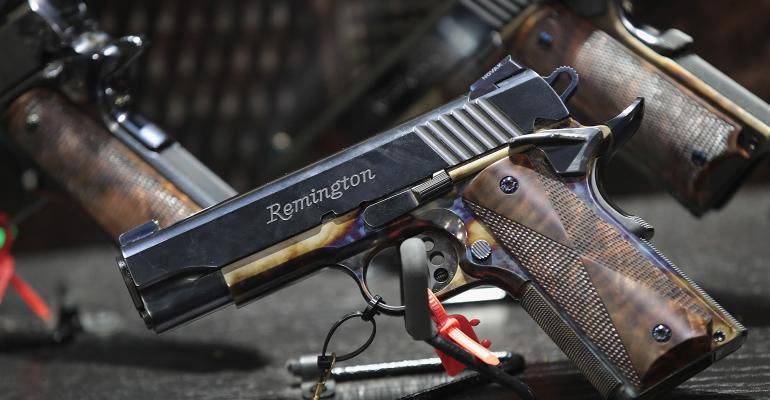 It’s about safety, not taking things away.

While discussions about guns and gun ownership are common political talk, gun ownership and possession are almost never considered when discussing dementia. However, research has shown that since 2012, more than 100 gun-related deaths have occurred when a person with dementia used firearms within their home and, as the number of people with dementia in the United States will increase, the number of injuries or deaths is likely to increase.

Though gun ownership is generally on the decline in the U.S., ownership is still common and is more common among older adult men than the rest of the population in general. Gun ownership is higher in rural areas than in urban ones. Thus, while not every household in America has a gun, there are many which do.

In cases discussed above, he violence occurred during an episode of confusion, paranoia, delusion or aggression. In addition to these episodes, which are often related to the cognitive impairment, suicide isn’t uncommon among older adults, especially those suffering from a chronic illness. While not all individuals living with dementia will demonstrate aggression, delusion or depression, it’s impossible to predict who will. Therefore, while planning for the future by reviewing and updating legal documents and financial plans, practical considerations should be made as well.

The conversation about gun ownership and dementia may arise in any setting and can be initiated by a professional such as an elder law attorney or financial advisor. Many clients are hesitant to reveal gun ownership and those who do often don’t want to reveal locations, nor do they want to voluntarily give up possession of their firearms. When the discussion focuses on “taking things away” for an individual with a diagnosis of dementia, this may feel like additional loss of control and can be extremely unpleasant. Instead, approach the conversation as one of safety. Unfortunately, dementia can often interfere with an individual’s reasoning and decision-making skills, and the individual may lack insight into the potential problem. However, when the discussion is presented as one of safety for themselves and loved ones, the conversation feels like less of an intrusion.

Remove Guns From the Home

Once the barrier of having the discussion is breached, next is the matter of what should be done with firearms. Some may suggest simply locking up any guns in the home. However, the Alzheimer’s Association advises that securing guns may not be enough, because an individual with dementia may “misperceive danger” and force their entry into the safe or cabinet; therefore, removing guns from the home is a safer alternative.

Family members and professionals should use caution when removing firearms from a home and when advising individuals. Many states allow the temporary transfer of a firearm to a family member without a background check but seven states, including North Carolina, don’t allow such transfers. Individuals convicted of a felony aren’t allowed to have possession of a gun in any state, and states have strict laws about allowing the private sale of guns. Some gun stores and ranges offer storage and transportation options.  If removing a firearm from a home is the option all parties feel to be appropriate, be sure to talk to your client about what options are available.

The issue about gun ownership and dementia isn’t one that’s been highlighted or much explored given the publicity about other gun violence; nevertheless, it’s an issue that exists and will likely increase with the aging population. Early discussion and planning about how to manage gun ownership and dementia will increase the safety of all involved.