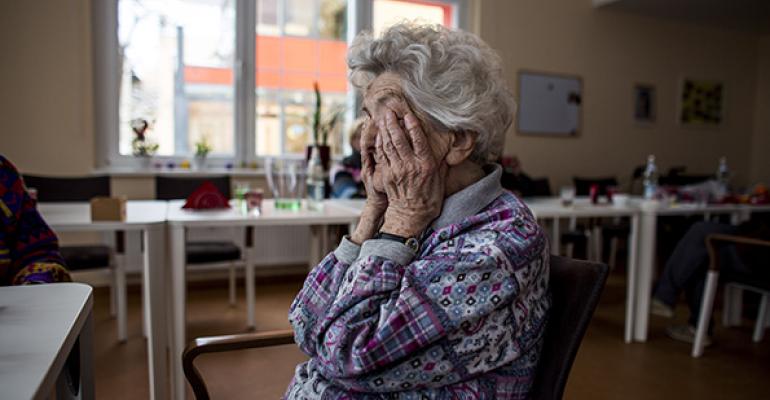 FINRA has created a risk meter.

A recent study from Rush University analyzed whether decreased awareness to scams was an early indicator of dementia. The study included more than 900 seniors in their 70s and 80s and their ability to detect scams and fraud. Researchers then examined whether there was a link between susceptibility/awareness of scams and fraud to Alzheimer’s disease or other cognitive impairment. The seniors studied had no obvious signs of dementia or impairment at the outset. Of those studied, more than 400 later were diagnosed with Alzheimer’s disease or cognitive impairment.

Science has determined that before symptoms of cognitive impairment become obvious, there are changes to the brain that seem to impact executive function. Many have wondered if an impaired executive function (judgment and reasoning) leaves an individual open to scams and fraud, especially with the prevalence of elder abuse. The study from Rush University appears to be the first to study a link between the two. Participants in the study who were later diagnosed with Alzheimer’s disease or cognitive impairment demonstrated a higher likelihood of being susceptible to scams or fraud prior to the diagnosis.

It’s important to note that the study isn’t conclusive, and some people who weren’t diagnosed with dementia were unable to detect scams, and some with cognitive impairment weren’t victims.  Instead, the study demonstrated an increased possibility that someone unable to detect fraud or a scam may have an increased likelihood of later being diagnosed with a cognitive impairment. The study is both good and bad. Elder abuse is underreported in many cases due to concern by the older adult that he’ll be perceived as being impaired. However, many caregivers want to protect their older adult loved ones and want to prevent them from being victimized. Also, getting an early diagnosis and care for a changing cognition may be beneficial in the long term with regard to the elder’s later functioning.

If you have clients who are concerned about being the victim of a scam or about a loved one falling victim, there are some resources available to assist. The Financial Industry Regulatory Authority (FINRA) has created a risk meter for individuals to determine their risk factors for investment fraud. The questions range from whether your client lives alone, to has your client considered buying stocks in tech or startup companies that sell for less than $5 a share, to has your client attended an investment seminar with a free meal? Answers to these questions lead to a score on a scale from low to high along with a description of what makes an individual more likely to fall victim to scams. Interestingly, age isn’t a factor on FINRA’s risk meter, but whether your client lives alone is something to be considered.

FINRA has also created a test to determine if your client has been scammed. It asks questions about where your client learned about the activity and what sort of guarantees were provided. The results of the scam meter show red flags warning of scams and why they’re red flags. In addition, FINRA provides additional resources about avoiding fraud and a hotline to help answer questions about investments and investment opportunities and to file complaints if individuals have been victimized.

Again, a lower than average ability to detect a scam or fraud isn’t a guarantee of a later diagnosis of dementia. Instead, it can be an early warning sign that allows individuals and their loved ones to be vigilant and prepared. The study from Rush University is also a good reminder of the prevalence of elder abuse, ways that seniors can protect themselves and options for families and friends to keep loved ones safe from predators.