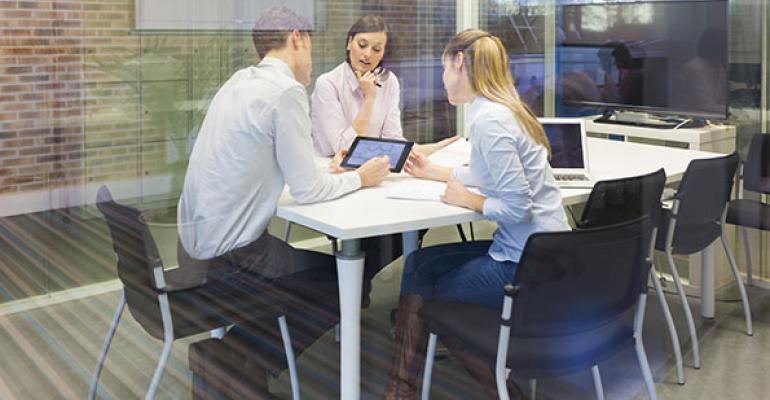 Tips on communicating with clients

One of the best things about my job is the opportunity I have to meet so many different people. I tend to meet many of them under challenging circumstances—someone has died, they’re asking for a distribution of funds (and no one ever really feels comfortable doing that), or they’re unhappy with a message we’ve delivered or the terms of a document we’re administering.

Over time, I’ve become accustomed to enduring the wrath of clients; I know that their anger or frustration is rarely directed at me individually.  Instead, I represent the trust grantor who provided restrictive distribution language, or the decedent who died without updating his will to change the executor or the terms, or the institution that’s made an unpopular decision. Besides, I regularly tell myself that none of these people actually know me—they only know me as an officer at an institution. Nothing about it is personal, really.

Having spent a number of years dealing with these situations, I’ve come to realize that there are a few best practices that would help everyone (not just trustees, but all advisors) to avoid these situations. And since I’m now a proud blogger, I thought I would share with you.

1. Provide clear and honest explanation of documents. We all need to be honest and direct in explaining documents and provisions to our clients and to beneficiaries. I can’t begin to count the number of clients who’ve told me that their attorney explained a health, education, maintenance and support (HEMS) standard as allowing them to use the money for anything they wanted. Of course, that description of HEMS isn’t accurate. In fact, that isn’t true under any standard other than a power of withdrawal. But if an ascertainable standard is used, it has to be enforced—and that means some requests won’t be granted. I once had a client who was convinced that a HEMS standard would allow us to distribute tens of thousands of dollars to build stock and maintain a koi pond. Except—it probably doesn’t. She believed it did because the drafting attorney had told her and her now-deceased husband that she could ask for money for any reason, and the trustee would give it to her. Ummm... no. How different would my conversation with her have been if the drafting attorney had instead explained what a HEMS standard was and what kind of things it would include. (As an aside, I usually describe it as allowing for a comfortable life, but not pure luxury—for example, a nice car, but not a Lamborghini.)

2. Use language a client can understand. Make sure that our clients actually both hear and understand what we’re telling them. If we explain things using technical language or Internal Revenue Code sections or write a 10-page letter for someone who we know only skims anything we send, we aren’t really communicating anything to our client. We’re documenting something for our files, but we’ve done nothing to really add to their understanding of the issue. Instead, we need to consider how to communicate with our clients so they truly understand what we are telling them. Otherwise, why bother?

3. Overshare. Finally, and perhaps for the only time I can imagine, overshare. Tell the client or beneficiary as much as you’re able to (within fiduciary principals, of course), so they have a complete picture and understand the whole issue. Give them information they’re entitled to that they haven’t yet asked for, and answer questions they haven’t yet asked but should. Giving them only part of the information, or sugarcoating things in the hopes they won’t ask too many questions, never actually works. It’s reminiscent of when I was a new lawyer and considered any meeting in which the client didn’t ask me about fees to be a successful meeting. Of course, what that really meant was that I thought the client would be fine with whatever fees I charged, while the client thought I was going to charge only the number he had decided on in his own mind (which always seemed to be $300—not sure why). What it really meant, at the end of the day, was that things would end badly. And that’s never a good thing for anyone.