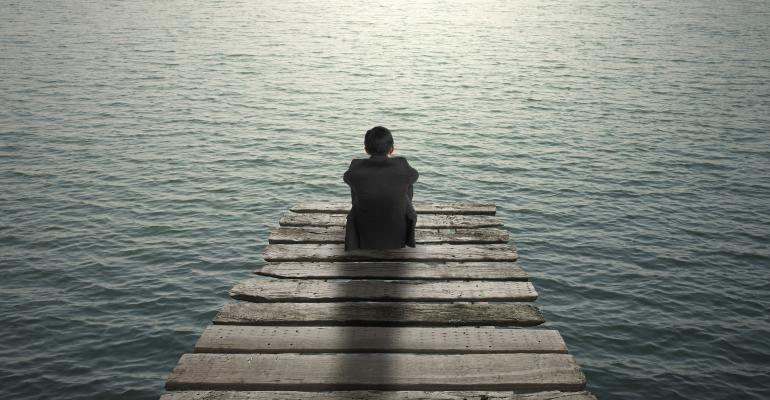 Questions for the industry and our clients

Recently, I took a taxi to the airport after leaving a conference focused on the challenges and opportunities of families with “great wealth” — that is, families with extraordinary financial, business and philanthropic resources that are expected (or hoped) to last several generations. As discussions veered toward questions of “How much is enough (to leave to our children)?” and “How can we prevent the (often adverse) impact of these resources on our inheritors?” I felt a familiar sense of disconnect from those around me. In fact, I’ve been finding it increasingly difficult to sit in rooms where these questions are the core of professional conversations. I can’t stop myself from asking moral questions underlying this state of affairs. I’m also compelled to bring in some historical perspective at a time when wealth and income disparity are reaching unprecedented levels. As I observe so many professionals in the wealth management industry scrambling to preserve the “wealth” of those who’ve benefited extraordinarily from the past few decades, for their clients and their own financial gain, I wonder who else might be asking these questions. I took the seat in the back of the taxi with these questions and concerns swirling around in my mind and heart.

Within minutes, the taxi driver pointed to one of the tallest buildings we were about to pass. He then shared a story with me. Some time ago, his son asked, “Papa, is there a man who owns that building?” The father replied, “Well, yes, I think so.” The son continued, “Papa, do you think that man is happy?” The soft-spoken taxi driver replied, “I am in doubt.” Then he asked, “Son, do you think I am happy?” His son quickly answered, “Yes, I think you are very happy.” The father replied, “You are right. I am very happy.”

The taxi driver then proceeded to tell me why, and how, he was happy and, as he said, “wealthy.” He’d left his home country, where his family had been financially successful, to start over in this new land (note, this wasn’t in the United States, and the building wasn’t owned by a famous person). He made his living as a taxi driver, sending his two children through college and on to receive master's degrees. In one sentence he said, “I am a very wealthy man. I have a pillow to sleep on, a beautiful wife of 32 years, and children I love and speak with all the time. I am a rich man.”

I couldn’t have asked for a better antidote to the conversations I’d just left. Perspective had been regained, and we proceeded to have a deep exchange about the nature of family and wealth, challenges and opportunities. We were able to openly question and explore what it means to be truly “rich.”

Why do I mention this story? Because I can no longer hold back my concerns about the way in which private wealth advisors address the questions of wealth, family, success and society. I’m not doing this for political reasons or to propose policy solutions. I also don’t intend to share the story as a trite example of how “poor people are wealthier than the rich.” That’s all been said, and done, before.

Rather, I tell this story first and foremost to raise awareness and ask some of the questions that are rarely asked by industry professionals, especially those who work with the few families that now control so much of the world’s resources. I’m surprised by the insularity of many discussions and the limitations of implicit assumptions. There’s a disturbing failure to connect to the broader context in which these discussions might be framed.  Despite the incredible depth, complexity and timelessness of these issues, private wealth lawyers, accountants, bankers and others generally stick to the surface and approach it in terms that fall into black-and-white categories.

Lawyers assume it’s always best to cut taxes to the greatest extent possible, often without testing this assumption with their clients or the larger context in which we live.  Philanthropic advisors often figure that, because it’s the client’s money, the client’s passion is the key determinant for their charitable work. I’ve had conversations several times in the past years with advisors who proudly state that they’ve created plans to “save” their clients billions of dollars in taxes. Others proudly point to The Giving Pledge as a “solution” to the problems of our times. In both cases, they cite control of resources by private individuals, and their related charities, as the sole cure and hope for the future.

I am in doubt.

While these answers are an important part of the solution for a more stable and prosperous future, they’re limited, at best, for both family and society. Indeed, history shows that private control of such a high level of resources by only a few families, without a balanced social compact, has never been a sustainable state of affairs. In addition, those of us who’ve worked with families with multi-generational resources are acutely aware that “money” doesn’t equate to “happiness.” It’s not easy to be “affluent” — you often interact with people who treat you with a complicated mix of envy and disdain, your assets are likely to be held by someone else (e.g., through trusts) on your behalf and your personal sense of identity is challenged, especially in the United States, where one’s value is equated with how one makes a living. This reality is hard for those living with it, and even harder for others who aren’t, to understand and manage.

Private wealth firms have responded to this reality by bringing in psychologists, historians, specialized consultants and others who focus on helping the wealthiest families try to avoid “shirtsleeves to shirtsleeves,” a shorthand expression covering the risk of family destruction at the hands of great financial wealth. While this may help these families in the short run, the narrow focus on creating and preserving dynastic wealth may have long-lasting adverse effects. First, this work can in fact isolate the families even further. Second, advisors may risk impoverishing the families, not financially, but rather by ignoring the greater questions of the human condition. The world’s wisdom traditions teach us that happiness and a good life come in part from a deep connection with community. By separating oneself out from the larger community, the likely result is less personal peace — not more. And, finally and perhaps most importantly, by perpetuating the black/white notion that government is an evil to be avoided, a whole area of grey is missed. And somewhere in that grey area, in which government, philanthropy and personal resources are all balanced in some sort of sustainable way, is the only way forward. I’ve been fortunate to work with thoughtful clients who understand this complex system and their part in it. I urge my colleagues to ask themselves, and their clients, similar questions, starting with: “Are you wealthy?” and “How will your work affect everyone’s future?”