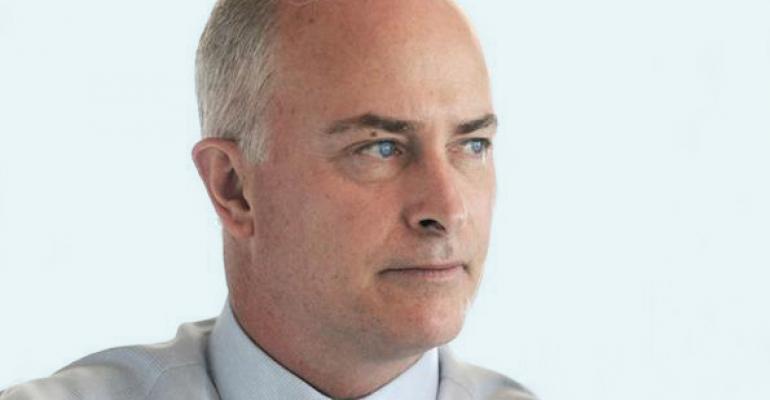 Wirehouse Leadership and Execution: Who is Out Front?

The purpose of this discussion is to briefly evaluate the leadership and execution of four particular organizations and how they compare with one another today. None of Wells Fargo, UBS, Merrill Lynch or Morgan Stanley exist in a vacuum and certainly compete with more than just one another; yet they principally compare themselves with one another as does the media. We will attempt to do that here.

You can make the case that the two previous categories of discussion are simply an outgrowth of either good or poor leadership and execution. Who made what decisions? Why were those decisions made and to what extent have they positively or negatively affected the organization? The paragraphs that follow seek to evaluate the current state of leadership at each firm. Focusing on current leadership and discussing where each firm may be headed will be the primary focus.

There have been recent changes at the top of Wells Fargo Advisors. Danny Ludeman announced his retirement and his replacement was installed – Mary Mack. Danny was viewed by advisors as an insider and has been well liked by the advisor force for years. Many, publically, are sad to see him go. That has led to some questions about Mary Mack and her ability to lead the sizeable advisor ranks going forward. The challenge and chief concern that I see facing Wells is their fragmented channels within the organization at large. Wells currently has four separate channels operating under its corporate umbrella. The bank advisor channel, FiNet, Wells Fargo Advisors (traditional employee channel) and a hybrid Profit Formula channel that has actually been closed but some advisors still operate under. Where is Mary Mack planning to take this group of advisors? Is there a plan to move up market or will Wells remain just a notch or two above its “mass affluent” competitors? These are incredibly important questions as the other firms in this discussion have made it very clear the type of firm that they are and the type of client they serve. Neither Danny nor Mary have seemed to plant a flag as to where the firm stands on this question. While their sheer numbers stake their claim to the ranks of wirehouses, if not careful they could drift in the wrong direction. An executive at a competitor stated, “they are at an inflection point when it comes to strategy – what will they be in five years and who will be in leadership…not to mention they are starting to leak advisors a bit.” Therein lies the issue. Strong leadership and execution are vital to growth in a difficult and highly competitive arena. Wells has some work to do.

Merrill Lynch leadership has been in the press lately for some “interesting” reasons. John Thiel has made the rounds at advisor conferences and to larger ML strong holds discussing a new direction for the organization. Advisors should find their “noble purpose” and seek broader meaning from the work that they do. As you can imagine this is a questionable strategy, per an advisor at Merrill “to say that the conversation has been a bit awkward would be accurate – it is dramatically outside of the scope of what the culture has been here historically.” While this particular headline can be questioned, some moves that are forward thinking could be applauded. Even though Merrill Edge has had its detractors amongst the old guard, it is certainly a right-minded approach to the difficult demographics facing the advisor force at Merrill. Credit where credit is due. While its competitors are simply hoping that the graying of their advisor ranks will magically fix itself. Still, the strength of executive leadership at Merrill is a bit of an unknown. In a very real way John Thiel is simply a department head at Bank of America. Who is ultimately making decisions on the future of Merrill? It is a question that nobody really has the answer too.

The consistency of leadership at UBS over the past five years, since the hiring of Bob McCann and his team, is unprecedented amongst this group. Their goals have remained the same and have been executed on schedule or ahead of time. Mr. McCann claimed that the firm would deliver class leading profits, advisor productivity and net new money in a given time span and he has delivered. Advisor attrition remains at or below 3% and the firm simply doesn’t produce any negative headlines of their own volition. The firms stated vision is simple and understandable – the focus is on HNW and UHNW clients and producing profits via those relationships. UBS was the first of the wirehouses to dramatically reduce the size and scope of its investment bank here in the United States and across the globe. By any measure UBS has become a pure wealth management organization gathering better than 70%+ of its revenue and profits from its wealth management divisions. Further proof of McCann’s teams vision and execution is their ability to further pivot their advisor force away from market centric products and into a focus on financial planning, banking and insurance – a diversification of the business advisor by advisor. The only remaining question going forward is the size and demographics of the advisor force at UBS. How will McCann’s team navigate a graying group of advisors and replenish that talent as it retires? And how do they remain smaller than their chief competitors and still remain consistently and significantly profitable? These are the questions of distinction at UBS today.

Morgan Stanley has navigated some very difficult waters over the past 24 months. The documented platform issues, the integration of Smith Barney, the financial crisis and the residue it left – as well as the headline grabbing issues that came along with the Facebook IPO. The issues that have been navigated are a net positive for James Gorman and his team. While there have been missteps along the way – the fact that they have come out through the other end is a testament to their leadership abilities and some would say steadfastness in waiting out a storm or two. One competitor executive states, “while there will always be issues inherent in their scale, you have to give James and Greg (Fleming) credit for righting the ship and producing profits.” That is precisely what Morgan Stanley has done. Produced profits. There is also something to be said regarding Gorman’s leadership in the area of investment banking. While his chief competitors in this space have largely deemphasized the role of their investment banks, he has chosen to keep the investment bank as an important revenue producing business unit, while coupling it with larger profits from wealth management. While the missteps mentioned above cannot be over looked a reasonable observer would say that Morgan Stanley has turned they corner and has at least stopped causing its own problems. That may not be a ringing endorsement – but it speaks to leadership vision and to some degree their intestinal fortitude.