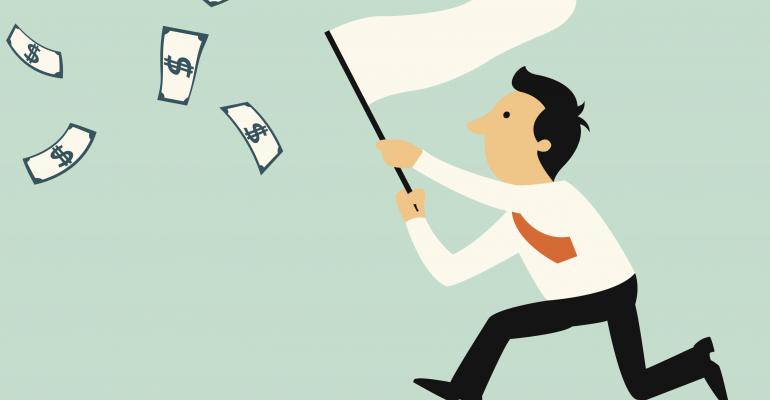 Turning the concept of 'best interest of the client' into a way of life.

The recent DOL FAQ appears to toll the death knell for many incentive-based compensation methods, which has ruffled fathers throughout the industry. That may be a blessing in disguise for advisors.

According to a study released this week by the Center for Applied Research (the independent think tank of State Street) and the CFA institute, the performance-based awards that financial institutions used to lure and motivate the best talent may actually have been inefficient.

The report, titled “Discovering Phi: Motivation as the Hidden Variable of Performance,” argues that incentives aren’t the only way to motivate employees and that a combination of aligned purpose, habits and incentive among the advisor, clients and overall organization will more efficiently unlock productivity.

Rebecca Fender, Head of CFA Institute’s Future of Finance Initiative, explains, “Some of these cultural elements were kind of frustrating because they weren’t easily quantified. Which is vexing for our industry.”

The study coins the term “phi” to denote a somewhat nebulous concept, and attempts to measures it by asking three questions: (1) “What motivates you to perform generally and in your current role?” (2) “What is the reason that you are still working in the investment management industry?” And, (3) “Would you describe your work as a job, career or calling?” But, while the definition of phi is a bit murky, the possibilities seem a bit more clear-cut, as the research indicates a statistically significant positive link between alignment and broad performance measures, such as client satisfaction and employee engagement. For instance, the study claims that a 1 percent increase in phi can correlate to 28 percent higher odds of excellent organizational performance; 55 percent greater odds of excellent client satisfaction and 57 percent greater odds of excellent employee engagement.

According to Fender, “We tried to come up with something more practical to give advisors something to aim for.”

Ultimately, the concept of phi appears to boil down to simply attempting to shift the motivations of employees and clients alike away from fear and towards more positive, and theoretically healthy and productive, purposes and goals. It’s basically taking the concept of “best interests of the client” and turning it into a way of life. According to the research, and contrary to what many might think. There’s a great deal of passion in the financial advice industry. Fifty-three percent of respondents said they pursued a career in investment management because they’re passionate about financial markets, and 40 percent maintain that they stay in the business for that very reason. That being said, the research also identified a major disconnect between advisor passion and purpose. Only 28 percent of respondents said they remain in the profession for the purpose of helping clients achieve financial goals. And that disconnect may be partly driven by compensation structures—36 percent of respondents believe that acting in the best interest of their clients actually implied taking on career risks, largely because the short time frame on which their performances are assessed by managers clash with the longer-term investing horizons of their clients.

And, perhaps most damning of all, when workers across multiple industries were asked how strongly they agree or disagree with the following statement: “The work I do reflects my values and mission in life.” Financial service professionals came in second to last, beating out only those working in retail (which is somewhat apropos for many advisors).

This lack of direction begins at the top and trickles down. The research indicates a general lack of accessibility and transparency among leaders, which foments distrust among the rank and file. In order to improve organizational purpose and alignment, the paper suggests leadership should state and share a long-term vision. Individual leaders should be encouraged to share their values as they apply to that overarching vision and clearly articulate goals tied to something beyond monetary compensation. Finally, and most importantly, leaders should work to create a culture that is flexible and capable of reexamining those goals to quickly adapt to a changing landscape.

In a highly competitive industry where everyone is constantly looking for small advantages, Fender posits that the alignment concepts represented by phi could be a previously uncovered variable with the potential for outsized impact on investment performance.

“We wanted to see how motivational theory could help us drive investor outcomes.”