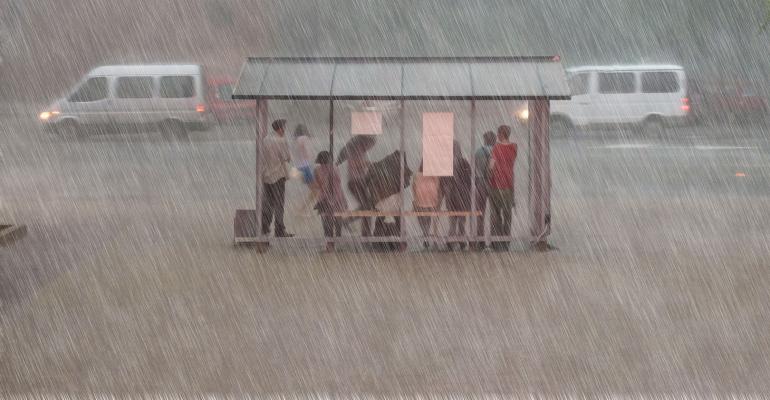 The Real Cost of 'Waiting It Out'

For many advisors, it’s momentum versus what could be 'a chance of a lifetime.'

Business is booming, and life is good.

Certainly, much may have changed at your firm in the past year or so—some of which may even be for the better.

Yet, you remain concerned about the handwriting on the wall; perhaps it’s a shift in culture, new mandates announced, changes to hiring practices and compensation, or hyper-vigilant compliance, the impact of which you may not yet be feeling. Nonetheless, you’re thinking, “This will not be the firm I retire from, but for now, things are too good to disrupt.”

So why not ride the wave a bit longer, wait for a break in the action and then think about making a move? Because there could be a cost to “waiting it out.”

Take Samantha and Dan, for example, senior members of a wirehouse team managing more than $2 billion in assets. They’ve had their best year ever—clients are happy, and they’re bringing in new business every day. Plus, the duo is able to live their lives the way they like: Dan gets time on the links, while Samantha is enjoying the summer at her shore house. They’re both able to spend quality time with their families.

But they’re seeing signs that are impossible to ignore, such as the unexpected termination of a close colleague and others choosing to leave the firm for “greener pastures.”

So, while things are more than good enough for now, what keeps them up at night is this nagging question: “Will there be a point where our momentum will be disrupted and we won’t be able to serve clients the way we want to?”

Even when things are good, many advisors dream of what something closer to perfection might look like—and if they could snap their fingers and be magically teleported there, they’d be thrilled.

Then, as if out of nowhere, a really exciting opportunity presents itself—something that looks more like what they’ve dreamt of. That is, a firm they’ve had their eye on announces plans to open in their market and wants to build an office around a highly successful and growth-oriented team like theirs. And that firm is offering a premium transition deal to boot.

Sure, it seems like the “perfect opportunity”—exactly what they were hoping for—but is the timing right?

They’re willing to take a few initial meetings with the firm, if for no other reason than to rule it out. In fact, they’re almost hoping it’s not a good fit, so they are not forced to make a difficult decision.

Yet after a month of discussions, by all accounts, it appears that Samantha and Dan’s due diligence is indicating that this is indeed a great opportunity—but at what still feels like not the ideal time.

What If They Wait It Out?

To be sure, no one wants to upset the proverbial apple cart—especially when the status quo seems more than good enough.

But there are potential costs associated with the “kick the can down the road” approach—especially in this case because the premium being offered in this deal for first movers will undoubtedly be lost.

Yet, taking a bigger-picture look, there’s potentially even more at stake.

1. The more advisors know things are not “as good” as they could be, the less they’re acting as fiduciaries.

Once you’ve seen an opportunity that could be better—and with greater freedom in how you serve clients—you can’t unsee it, making it impossible to remain content with the status quo.

2. As firms succumb to greater “bankification,” the less agency advisors will have.

Big firms are getting bigger—and more bureaucratic and less entrepreneurial. With “managing to the lowest common denominator” becoming the norm, the battle for control is one that advisors are more likely to lose over time.

3. With continued departures of top advisors, those who stay behind are likely to see their freedoms diminish.

It’s no secret that wirehouse firms want to keep their advisors captive: Recruiting top talent is expensive, and it’s far easier and more profitable for firms to focus on staving off attrition. So as more colleagues jump ship, the firms are likely to tighten the reins on those who remain.

4. Right now, it is very much a seller’s market, where advisors are in the driver’s seat. Transition deals are at high watermarks, and every firm—from the majors to the independents—is competing for top advisor talent. But as firms meet or exceed their recruiting goals, there is always the possibility that these outsize deals could diminish.

Is It Really About Time?

The truth is it’s rare for the stars to line up completely: That is, the best deal, at the best firm, at the very best time in your career.

As one advisor shared with me, “My firm is one stupid mistake away from tarnishing my reputation—and diminishing the value of my business.” And it’s that lack of control over one’s fate that has many advisors paying close attention to interesting opportunities when they present themselves—even if the timing doesn’t seem quite right.

Because the reality is that it’s easy to blame timing when it’s really about allowing inertia—and what is likely a false sense of stability—to guide you.

Ex-Wells Fargo advisor Gerry Goldberg, CEO and co-founder of $8.5 billion RIA firm GYL Financial Synergies, says this during an upcoming podcast episode: “If we had let the power of inertia carry us forward, we would have missed out on the opportunity of a lifetime.”

That said, the timing may actually be more ideal than you think.