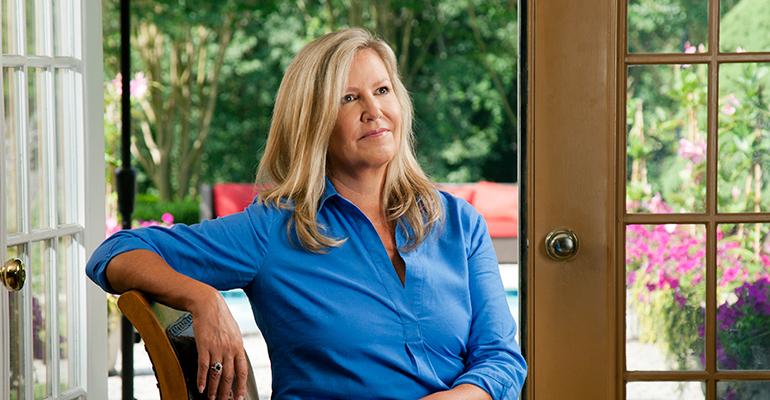 The Path to Ownership

Eileen O'Connor was reluctant to focus her business on women. The demographics changed her mind.

Before launching a second career as a financial advisor 11 years ago, Eileen O’Connor learned a valuable lesson from her own financial advisor: Don’t be like him. He was condescending, knew little about her, and didn’t think that it mattered.

“He didn’t know that I went to Harvard Business School and that I might know a thing or two,” O’Connor says. “He never looked at me. He talked to my husband.”

And the conversation had nothing to do with their lives. It was all about managing investments, when she really wanted to know how much she needed to save to send her five kids to college, whether she was on track for retirement, and what they could be doing to save on taxes.

When she joined McLean Asset Management in 2005 as a senior advisor, she figured there had to be more women out there with similar experiences. She was right.

A female client, “literally a rocket scientist,” came to her after her previous financial advisor had never even asked her about her job. “He just thought she stayed at home,” says O’Connor.

She worked at McLean for nine years, building up a $165 million book of business. At the end of 2013, she and her partner, Ryon Beyer, left to start their own firm, Hemington Wealth Management, which has now grown to $610 million in client assets, almost all from a focus on serving professional women.

She was originally reluctant to put herself in that box.

“Early on, everyone said, ‘Are you going to go after the women’s market?’” she says. “And I found that very insulting, because I’d only ever worked with all-male teams.”

But after conducting the first Women of Wealth study for the Family Wealth Advisor Council in 2012, O’Connor felt she’d be crazy not to focus on women—not because she’s a woman, but because of the demographics. The study found that 80 percent of women feel misunderstood by the financial services industry, just as she had felt misunderstood by her own financial representatives.

She was also surprised at how many clients had a stated interest in working not just with a woman advisor, but with one who owned her own practice.

For O’Connor, ownership is about recognizing her own value. At the beginning of 2013, the owners of McLean asked her to become a managing principal of the firm. Prior to that, she had been under a revenue-share arrangement.

“I naïvely thought, ‘Well, the rest is just math, because I know what I have and I know what I’m worth over here,’” she says. It turns out the owners’ valuations were way off from what O’Connor believed her part of the business was worth. “We were not even on the same planet.”

Once both sides realized it wasn’t going to work, there was no way to go back to being a senior advisor. “You can’t decide you’re going to get divorced and then still live together.”

A stubborn inequality between genders in how talent is valued plagues every industry, but especially financial services. It’s one reason why just 16 percent of all advisors are female. O’Connor just recruited a female advisor with a similar story to hers—the deal fell through over the value of the equity in the firm offered by the other—male—partners.

“There are not enough women at the top,” she says. “They tend to get stuck at a senior advisor level because of the same problems that I ran into.”

Many senior advisors rely on their net new bonuses to get their incomes where they want them to be, but “that’s a treadmill,” O’Connor says. “The next year, you have to do it again,” she says. “You have to get to equity, to recognize your full value, even if you have to create it yourself.”