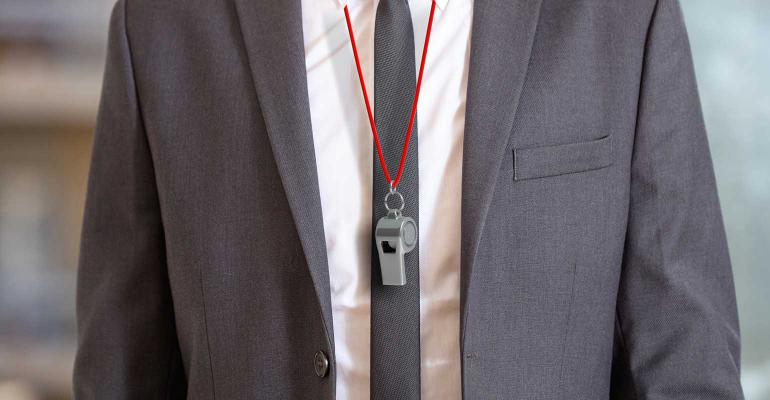 For some financial advisors, their next act is coaching their former peers.

When J.J. Peller graduated from college in 2013, he knew what he wanted to do: join his dad’s financial advisory practice at Bank of America Merrill Lynch. Over the next five years, Peller got his Series 7 and 66, plus other licenses, and proceeded to throw himself into his work.

But during that time, he realized what really got him excited was something unexpected, namely, learning what made people tick and bringing out their best. So he started working as a professional coach on the side. Eventually, he took the plunge and went all in. Now, he’s a full-time executive business coach at Carson Coaching, where he solely works with financial advisors. “I’m better suited to being a coach,” he says.

Peller is one of a growing number of professionals across the financial services industry choosing coaching as their second act. Typically, they combine insights from their previous career with professional development skills to help advisors tackle problems ranging from how to grow their practices, to succession strategies. Fees range from several hundred to more than $1,000 an hour.

Coaching success requires understanding the basics of what a coach is and isn’t. Unlike consulting, where experts basically tell their clients what to do, coaches typically help advisors figure out the best course of action on their own through a series of questions and gentle suggestions. With that in mind, there’s a fair amount of empathy and understanding of human psychology required. “You need to know when to step in and push back and how to talk to different personalities,” says Michael Rose, a former financial advisor who also works as an executive business coach at Carson Coaching. He says that’s especially useful for dealing with the hard-charging, Type A personalities that finance attracts.

Advisors tend to come to their new profession through circuitous paths. Peller, for his part, spent much of his time as an advisor working with existing clients and networking with business-owner prospects. But when he discovered his interest in personal development, he started speaking about the subject, focusing on business owners. After bumping into a friend, who asked Peller to be his coach, Peller started a side hustle working with entrepreneurs. A year later, he discovered Carson and realized that zeroing in on financial advisors was a perfect fit.

Jane Williams, on the other hand, became a coach after decades as an advisor and chair of the Investment Adviser Association’s board of governors, among other positions. She co-founded a firm, Sand Hill Global Advisors in Palo Alto, Calif., which she and her partners sold in 2000, then eventually bought back, before retiring from the business last year. In 2020, through a friend, she started work as a contractor at DeVoe & Company, a consulting and coaching firm focused on RIAs. “I feel that, in my career, I’ve done quite a lot of coaching of clients and employees,” she says.

Advisors turned coaches need not take any special courses, especially if, like Williams, they can tap years of experience. That said, for those who don't have a full career's worth of insight to draw on, there are many available programs teaching coaching techniques offered through places like the International Coaching Federation to learn foundational principles or get certified. And many that take them, swear by them.

Take Valerie Chaney. She was working as an advisor coach at the firm where she was also a financial advisor when, in 2005, she took a two-year course of study at Erickson College International, a Vancouver, British Columbia–based school focused on coaching. After that, she got additional certifications at the Center for Coaching Certification and moved into practice management development. In 2013, she joined CEG Worldwide to coach financial advisors.

The courses, she says, taught her strategies that have stood her in good stead. “You just can’t come with experience as an advisor and be an effective coach,” says Chaney, who is now director of coaching at CEG.

Still, some advisors say there’s also a lot of on-the-job learning. Former financial advisor Jay Coulter, who also worked in corporate asset management, discovered he liked the coaching life after helping a friend value an advisor’s business. He started Resilient Advisor, his own firm, in 2016 and, early on, created systems in client communication, investment, marketing and leadership. He quickly discovered his process was too detailed, with a specific time line for everything from sending emails to setting up client reviews. “I loved it, because that’s the way my brain works,” he says. “But I found pretty quickly it failed because it was too complex.” He was still thinking too much like an advisor. The coaching relationship is different. When he simplified the system significantly, he started having more success with clients.

Typically, financial-advisor clients have had some level of success. They likely couldn’t afford the price tag otherwise. And they’re usually the head of a firm or in charge of their own practice; although, in some cases, they bring along employees for some sessions.

If they’re successful, why do these advisors seek professional help? Typically, “It’s because they feel stuck,” says Chaney. Most of the time, they don’t quite know what the problem is. They just know there is one. Another common issue: They want to serve fewer and wealthier households, but they just can’t make it happen.

Chaney points to one recent client that had been trying for a while to introduce a new client service process, to help him reduce the number of accounts, while serving more-affluent people. But he lacked the capacity to do so. Through their discussions, Chaney learned the man’s problem lay in his inability to delegate. For example, when she asked him to describe his typical day, she learned he was executing trades himself and taking care of various administrative tasks. She helped him figure out how to focus on higher-level tasks and delegate the more-mundane responsibilities.

Often, problems relate to an advisor’s lack of specific training in the basics of running a business. For example, other frequently discussed issues include a reluctance to ask clients for referrals to friends and matters pertaining to staffing. “There isn’t any part of their training that involves how to manage a business or people,” says Rose.