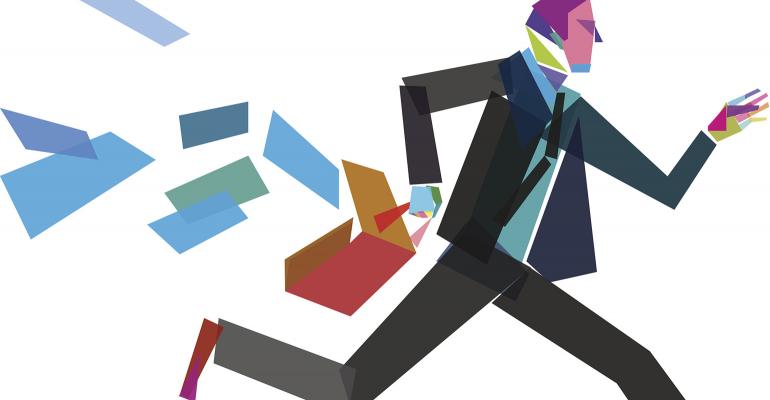 We all know that advisors don’t have a great track record when arranging for what to do with their practice when they retire, especially solo practitioners.

But even when advisors do have a plan—say, to sell the practice or pass on to a younger advisor—the arrangements may not work out. About half of planned succession deals fail to be consummated, according to Matt Lynch, managing partner of Strategy & Resources, a consulting firm in Dayton, Ohio. A chosen successor picked from within the practice leaves for a better offer, or an outsider ends up being a poor fit. A merger partner backs out. Whatever the reason, the advisor, especially if already close to a retirement date, is left with a big problem: What to do next?

The short answer is to scramble. But that’s not the same thing as giving up. You may need to delay your departure, but there are alternative options, says John Anderson, managing director of SEI Investments in Oak, Pa.

Examine what went wrong. First, assess why your plan didn’t work. That might help create a more attractive arrangement to keep your choice for a successor. According to Anderson one common problem is that advisors haven’t updated their practices to appeal to tech-savvy younger professionals, who may prefer to charge on a retainer basis or other alternative to AUM-based fees and want the infrastructure in place to make that happen. Another problem is the older advisor can’t give up control as easily as they thought they could, prompting the successor to seek other opportunities.

Try your broker. Many brokers want their advisors to keep their book in the family and can be a useful resource for finding someone to buy it, even if it is late in the game.

Three years ago Bernie Petit was 63 and working with a consultant to grow his New Jersey-based solo shop, when he realized he should be using the consultant to help him retire. They ended up finding a buyer, but the younger advisor’s financing plan didn’t work out.

As luck would have it, Petit’s broker/dealer had just started a program to buy the practices of advisors, giving Petit a chance to sell to an office of supervisory jurisdiction with about 125 advisors—a bigger operation, and one run by someone he respected. “I knew him and liked how he did business,” he says.

He sold the firm, with about $30 million in assets, for around two times recurring income, paid in a partial lump sum, with a percentage of recurring income to be paid over the next three years. Most of his 160 clients are staying with the practice, and Petit is available for consultation when needed.

Have a spare tire in your back pocket. It’s best if you have a minimum of five years to prepare your exit strategy to make sure you have alternatives. “Every succession plan needs a plan B,” says David Grau, Sr., president of FP Transitions in Lake Oswego, Oregon.

About a year-and-a-half ago, for example, Justin Connors, who heads Cocoa Beach, Fla.-based Connors Wealth Management, had a health scare. Now 46, he arranged to sell his firm to an older advisor, thinking his seniority would be appealing to his clients. But it wasn’t a good fit and they decided to part ways. With his health scare behind him, Connors recently decided to bring on a junior advisor and groom him to take over. He also plans to form a deal with a friend, an older advisor, to buy his practice, have the successor run it and, if the younger person works out, arrange for him to buy the colleague’s share down the line.

That still, however, makes you dependent on the faithful intentions of the younger advisor. One solution to keeping a younger buyer on track? Negotiate a five-year deal specifying that should they bail they would forfeit rights to any equity already earned. “You want it to be painful (for the successor) to leave,” says Lynch. And the exact opposite experience for yourself.