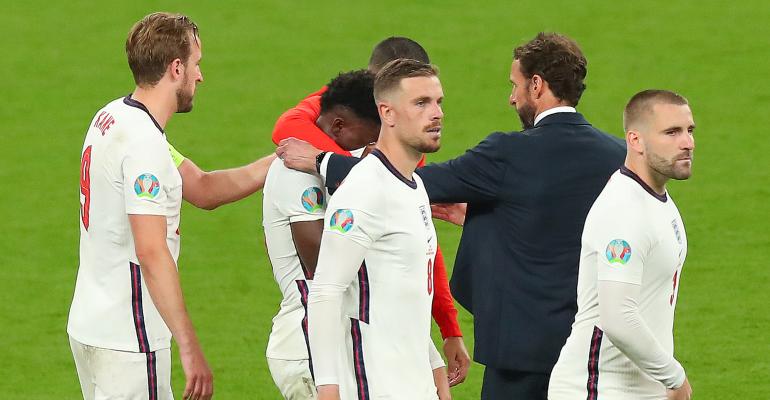 A series of tweets from an employee of the firm using racist insults to blame Black football players in the team has been shared widely on social media.

(Bloomberg)—U.K. real estate broker Savills Plc is carrying out an investigation into racist tweets linked to an employee after England’s soccer team lost against Italy on Sunday.

A series of tweets from an employee of the firm using racist insults to blame Black football players in the team has been shared widely on social media. The account also joked about domestic violence.

The employee has been suspended pending the outcome of the investigation, according to a spokeswoman for Savills.

“Savills is committed to eliminating discrimination and encouraging diversity amongst our workforce,” the firm said in a statement on Twitter, which also said the company will undergo an investigation regarding the “unacceptable incident,” without giving further details.

Leading figures from across the political and sporting spheres have come out in support of the players who missed in the deciding penalty shootout of the European Championship final. The three teammates, Bukayo Saka, Marcus Rashford and Jadon Sancho have been subjected to racist abuse on social media.

Savills’s intervention comes amid growing pressure on companies to monitor their employees’ social media accounts in the wake of a series of events that included the murder of George Floyd by a white police officer last year. U.S. asset manager Franklin Templeton fired a portfolio manager last year after a viral video showed her attempting to have an African-American man arrested on false pretenses.

Social media companies such as Twitter and Facebook have also faced criticism in the past for not clamping down harder on abusive comments. A spokesperson for Twitter said the company had been using a combination of machine learning and human intervention to remove hateful tweets from its platform and had suspended a number of accounts.

A spokesperson for Facebook said it had “quickly removed comments and accounts directing abuse at England’s footballers last night” from its Instagram platform and that players should initiate a tool called Hidden Words to hide such abuse from their comments or direct messages.

The issue of race has been an undercurrent throughout the soccer tournament after England players took the knee before matches in order to show solidarity against racism. The team was subjected to booing when they did so and Conservative MP Lee Anderson said he wouldn’t watch the games because of the action.

Following the match, Conservative lawmaker Natalie Elphicke took aim at Rashford, saying the 23-year old “should have spent more time perfecting his game and less time playing politics.” She has since apologized.

Rashford has been a leading campaigner in ensuring children from lower-income families have access to free school meals throughout the pandemic. His highly successful campaign garnered widespread public support and forced the U.K. government into an embarrassing u-turn.