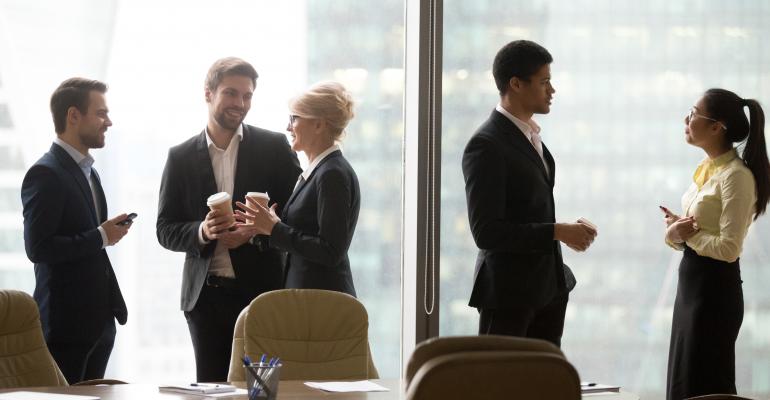 For more than 48 years, Century 21 Real Estate LLC has earned brand recognition and awareness that is second to none. According to the 2018 Millward Brown General Market Ad Tracking Study1, when presented with a list of real estate agencies, total awareness of the iconic CENTURY 21® brand among consumers was 95%, three percentage points higher than the nearest competitor at 92%. The CENTURY 21 brand has consistently maintained a lead in this category for the past 20 years, since 1999. What many might not know is that since the establishment of the CENTURY 21 brand in 1971, the independently owned and operated offices have been selling commercial real estate as well. After the company made commercial real estate a priority with the debut of its Commercial Investment Network (CIN) in 2011, the CENTURY 21 Commercial® division has grown 249% in the number of offices and 629% in the number of agents and the brand expects that accelerated growth and growing base of commercial real estate specialists that includes both seasoned veterans and industry newcomers to continue over the years ahead.

However, the mission for the CIN, according to Randy Workman, senior director on the Business Momentum team at Century 21 Real Estate LLC, “is to create a unique C21® Commercial brand that leverages the company’s vast residential real estate network and the large office footprint nationwide.”

“Our network map blows people away,” added Workman. “What makes us unique is that we are in every market possible – primary, secondary, sub-markets and even in rural towns,” he added, noting that the C21 brand also leverages its CENTURY 21 Farm & Ranch® division, which has an active presence in 480 of its U.S. offices, to expand and keep land referrals within the C21 System.

CIN is an earned designation that puts transactional and educational criteria in place to qualify its C21 Commercial offices in the U.S. and Canada. “During our first 40 years, we plugged along and did some commercial real estate, but since 2011 that growth has been huge,” says Workman. “Our mission is to be known as the local neighborhood commercial real estate brokerage,” he adds

Mining the network for leads

One of the firms contributing to that growing C21 Commercial network is Carmel, Indiana-based CENTURY 21 Scheetz. The office has been serving homeowners across Indiana for more than 40 years with a business that now includes more than 300 affiliated agents in nine locations. The company launched CENTURY 21 Scheetz Commercial in January 2018 and has quickly grown to 16 commercial broker-agents. During its first 16 months, the division reported a 400% increase in closed gross commission and 1,000% jump in commercial property listings.

CENTURY 21 Scheetz is working to give its affiliated commercial brokers and agents the resources that they need to be successful, such as property listing search engines and national marketing platforms, commercial real estate management tools and financial analysis software. “What sets us apart from other large commercial brokerage firms are the 300-plus residential agents within our agency that can cultivate commercial referrals from their already established clients and spheres of influence,” says Tommy Kiritsis, managing broker for the CENTURY 21 Scheetz Commercial division.

CENTURY 21 Scheetz Commercial has set up best practices and tools to better capture those commercial referrals, such as including a designated email address for commercial inquiries on all marketing pieces that are sent out to residential clients. “We have been very successful in being able to mine for those commercial referrals from our independent agents, and it is a very exciting time for our agency,” adds Kiritsis. Specifically, CENTURY 21 Scheetz has focused on carving out a niche on transactions valued less than $5 million.

The C21 Commercial network and resources are attracting seasoned veterans and CCIM professionals along with newcomers to commercial real estate. Brody Nash joined
CENTURY 21 Homes & Land in West Virginia in 2014 after 10 years working in retail management. Brody and his father Rocky make up Team Nash, which serves clients across the Huntington, W.V. metro area. By 2016, Brody had become the top residential producer when he landed a prominent commercial real estate listing in Downtown Huntington. That deal piqued his interest in commercial, and when the C21 brand launched its Commercial Management Academy in 2017, Brody applied and was accepted in the inaugural class.

“It was a great class that was taught by CCIM instructors,” says Nash. “That was really like throwing gas on the fire to help accelerate my business.” Nash saw his sales volume grow in the past two years, and he is now the commercial division manager at their office.

Nash also has taken advantage of C21 Commercial resources, including the C21 Advanced Commercial Advisor 42-hour training course that provides in-depth commercial real estate education. C21 business relationships also give agents affordable access to tools such as The Analyst Pro®. “Having those resources and materials at our fingertips gives us legitimacy and allows us to compete with the real estate firms that are traditionally recognized as commercial firms,” says Nash.

The C21 Commercial brand is continually striving for ways to expand both its network and the resources available for its commercial specialists. Notably, the company combined all qualified CIN offices and agents in Canada earlier this year, which added approximately 90 offices to the overall CIN network in North America. The company also will launch its revamped C21 Commercial website in early June.

The C21 Commercial brand is looking to further strengthen its brand presence by attending industry events and national conferences for groups such as the International Council of Shopping Centers (ICSC) and the REALTORS® Land Institute among others. “We are just getting started, and we are seeing a huge trend in commercial specialists using C21 tools, programs, resources and education curriculum to increase their commercial presence in their markets,” says Workman.

For more information about the C21 Commercial division, contact Workman at [email protected]

1 Study Source: 2018MILLWARD BROWN GENERAL MARKET Ad Tracking Study. The survey results are based on 1,200 online interviews with a national random sample of adults (ages 18+) who are equal decision makers in real estate transactions and active in the real estate market (bought or sold a home within the past two years or, plan to purchase or sell a home within the next two years). System awareness question is based on a sample of 1,200 respondents. Recognition question is based on consumers aware of brand. Results are significant at a 90% confidence level, with a margin of error of +/- 2.4%. The study was conducted from SEPTEMBER 5-16, 2018.