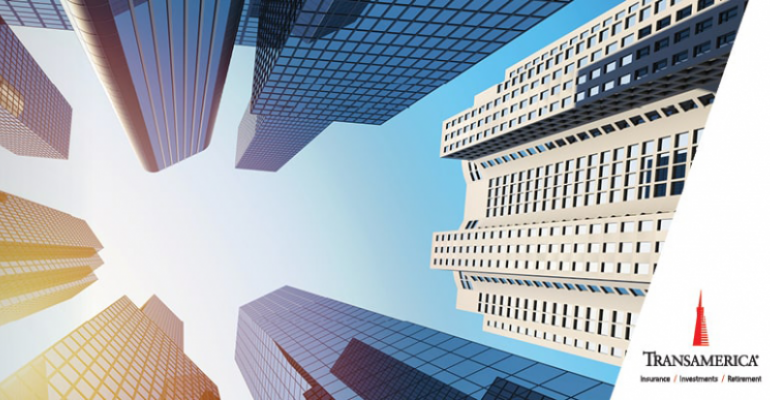 A confluence of positive characteristics may drive markets higher 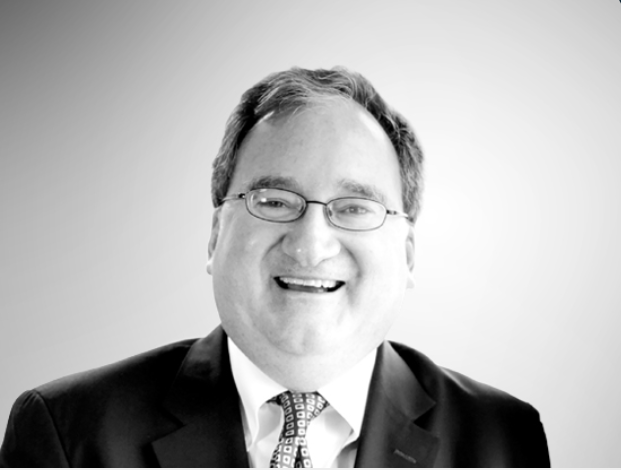 In the Transamerica 2020 Market outlook, you say you believe a confluence of positive characteristics could come together in aggregate to drive markets higher this year. What are those characteristics and what is the biggest uncertainty you see that could impede market growth?

As we enter 2020, the market environment appears investor-friendly. We believe a confluence of positive characteristics could come together in aggregate to drive markets higher. The largest uncertainties are the potential impact of the Coronavirus, upcoming November elections, geopolitical events, and the follow through on the recently improving U.S.-China trade relations.

The first characteristics we look at is the U.S. economy which we expect to grow somewhere in the area of 2 to 2.5% which would create a favorable backdrop for both credit and equity investors. Number two would be benign inflation. We've been seeing inflation run below or around 2%. Right now the PCE — personal consumption expenditures, which is the inflation metric that the Fed tracks — has been consistently running below 2% so we think that continues to provide not only flexibility for the Federal Reserve, but also a stable environment for investors. The third characteristic is lower interest rates. The Fed lowered interest rates three times last year taking the Fed funds rate down from a range of 1.50% to 1.75%. We believe the Fed has more than done its job for the year ahead by enacting these three rate cuts in the second half of 2019 which helped to return the Treasury yield curve to a positive slope. As a result, the Fed is likely to remain on the sidelines, keeping the Fed fund rate about 1.5%, over the next year barring either a material slowdown in the economy or unexpectedly high inflation, neither of which we attribute a strong probability.

We believe it's also going to be a year of rising corporate earnings growth. It looks like 2019 is going to come out as a flat year for S&P 500 underlying earnings growth, but we think profit growth in 2020 could move higher. Right now consensus estimates are somewhere around 10%. Most pundits think that that number is going to come down, but we actually think there is a good chance that S&P 500 earnings could be somewhere in that double digit range which would be very good for stocks as well. And the final characteristic is solid credit fundamentals which we think allows for a continued favorable backdrop for bond investors.

Why do you think the U.S. economy is positioned for 2% growth or better?

The labor market continues to be very strong as we've had continuing job growth. We are ten years into an economic recovery and we're still averaging close to 200,000 new jobs a month, which is very impressive. . In addition, we've seen wage growth above 3%. We spent most of the last decade mired in historically low wage growth with average income running sub-2% for a number of years. Now we've gotten that up above 3%. We also see continued strength in consumer spending. There's a lot of talk-- when you're watching the financial news. You hear a lot about major corporations such as Facebook, Apple, Amazon, Netflix, Google, Nike, Disney, Caterpillar, Ford, Boeing, whatever, but at the end of the day, two thirds of U.S. economic growth, is driven by consumers not corporations. Consumers are people like us who spend money every day at the mall, supermarkets, restaurants, online, or wherever,

and that's really shown resilience over the past year with growth in excess of broader GDP. So when we put all of this together; a strong labor market, rising wages, a consumer that's been willing to spend, and the opportunity for corporations to come off the sidelines and actually begin to invest capital and spend again as a result of improving trade relations with China, we think it could bode pretty well. Capital spending and capital investment turned negative in the second half of 2019 but could soon turn positive in our view. The U.S. and China agreed on Phase 1 trade deal in January and that’s an important step in the right direction. We see the overall U.S. – China trade friction thawing out some now and that could allow for corporations to have a little more certainty about how they might be investing globally. We think that probably sets up for 2% or better U.S. GDP growth in the year ahead, which as we said, should be favorable for investors.

What do you think needs to happen for the Fed to tighten or raise interest rates? Where should bond investors be positioned on the yield curve and why?

We think this will probably be a year where the Fed will be pretty quiet and be on the sidelines barring something unexpected such as a rise in recession risk. We do not believe that there is meaningful risk of a recession in the year ahead - and should we see economic growth slow to the point where there could be an increased risk of a recession or the Fed believes that recession risk could be imminent, we think the Fed would act in decreasing short term interest rates, although we don't think that's going to happen.

High-yield and investment-grade bond investors are likely to experience coupon-type total returns in the year ahead as fundamentals continue to appear solid, although credit spreads remain close to multi-year lows. Risk in the U.S. corporate bond markets has also likely been mitigated by recent Fed rate cuts and the influx of negative-yielding overseas debt creating a global quest for income. We believe bond investors should continue to look toward higher-quality segments of the investment-grade and high-yield markets.

Perhaps the one other area that, just in recent weeks, might have an impact is if you were to see a major outbreak of the Coronavirus well above and beyond the current levels. That could cause the Fed to potentially be precautionary, perhaps in the second half of this year, but we would certainly take a patient approach with that. The virus would probably need to exponentially increase well above where we are right now for the Fed to act on that. In summary, for the Fed to cut rates, recession risk has to be meaningfully higher than where we stand right now; for the Fed to raise rates, it would take inflation to move noticeably above where it is right now, perhaps the to 3% level or higher and stay there for some period of time.

Why do you think global growth and emerging market earnings will accelerate in a year ahead, and what could that growth mean for the market?

The whole concept of international growth is very interesting throughout this year because we're really coming off what we might refer to as “lost decade” for international investing in that while overseas equity returns have been positive over the last ten years or so, they've trailed the U.S., We think we could see a rate of growth increase for emerging markets in the year ahead which could be a real catalyst for that asset class. We are seeing global central banks for most of the emerging market regions becoming more accommodative. When you take all of the emerging market regions and look at where the central banks are, about a year ago at this time they were probably in an aggregate tightening mode and we think they've now moved to a net accommodative mode.

When you look at the underlying estimates of earnings' growth for the emerging markets, it could add up to a year in which they actually accelerate while still remaining at a discount to U.S. stocks. It's really important for our analysis of the emerging markets that you not only have earnings growth at a premium to the U.S., but also growth that is accelerating because the emerging markets have had valuation discounts to the U.S. markets for a few years now. So we could be entering a period where both valuations and the rate of Emerging Markets earnings growth will be in investor’s favor.

Opportunities in international equities are looking stronger as both developed and emerging markets are positioned for a relative rebound versus U.S. stocks in 2020. This is based on bottoming global growth rates, more accommodative monetary policy from central banks, improving U.S.-China trade relations, better clarity on Brexit, and renewed earnings momentum of emerging market stocks. Should both global growth and emerging market earnings accelerate in the year ahead, as we believe they could, this would likely be favorably received by the markets.

How do you think a contentious presidential election will impact markets? What kind of opportunities should investors look for in regard to any politically based volatility?

We think it is a really interesting time for investors. America has a history of contentious elections, and if you go back over the course of history, you could find a lot of them. But I don't think we've ever had an election quite like this one - where there was such an acrimonious type of relationship between the incumbent president running for re-election and the opposing party which could potentially impact the markets. In addition, candidates offering economic policy agendas too far astray from traditionally accepted capitalist norms could also add to volatility if their perceived electability rises during the year.

Eventually, we will have a democratic nominee that will run against President Trump. The longer it takes the Democratic party to come up with their nominee, the shorter that one-on-one hostile campaign is going to be, and I think the better that's going to be for the markets. If we do see some anomalous types of conditions, like a contested and brokered Democratic convention that goes past the first ballot it’s going to be better for investors.

One of the risks of the market is that there could be the perception that the overall hostility between the two parties could actually impact the future of the government in terms of those two parties working together. That’s why the longer we wait for the real campaign combat to begin, the better for the markets.

However, all things considered, politically based volatility in the year ahead could prove to be an opportunity.

Investments are subject to market risk, including the loss of principal. Asset classes or investment strategies described may not be suitable for all investors.

Equities are subject to market risk meaning that stock prices in general may decline over short or extended periods of time.

Investments in global/international markets involve risks not associated with U.S. markets, such as currency fluctuations, adverse social and political developments, and the relatively small size and lesser liquidity of some markets. These risks may be greater in emerging markets.

The information included in this document should not be construed as investment advice or a recommendation for the purchase or sale of any security. This material contains general only on investment matters; it should not be considered as a comprehensive statement on any matter and should not be relied upon as such. The information does not take into account any investor’s investment objectives, particular needs or financial situation. The value of any investment may fluctuate. This information has been developed by Transamerica Asset Management, Inc. and may incorporate third party data, text, images, and other content to be deemed reliable.

This material was prepared for general distribution.

Comments and general market-related projections are based on information available at the time of writing and believed to be accurate; are for informational purposes only, are not intended as individual or specific advice, may not represent the opinions of the entire firm and may not be relied upon for future investing. Investors are advised to consult with their investment professional about their specific financial needs and goals before making any investment decisions.