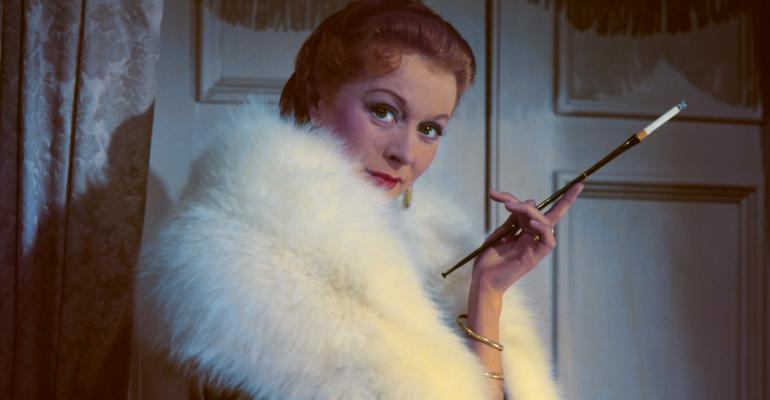 Many high-net-worth investors are increasing their exposure to alternative investments, but women more so than men.

Of high-net-worth investors already using alternative products, women have 27 percent of their assets allocated to non-traditional investments, while men have 20 percent. Moreover, 55 percent of the high-net women surveyed say they’ve increased their allocation in alternatives in the past year.

Specifically, about 49 percent of HNW women are investing in private equity, compared to 35 percent of their male counterparts. More wealthy women are also investing in commodities than men, although HNW men are still investing in higher numbers when it comes to hedge funds and managed futures funds. 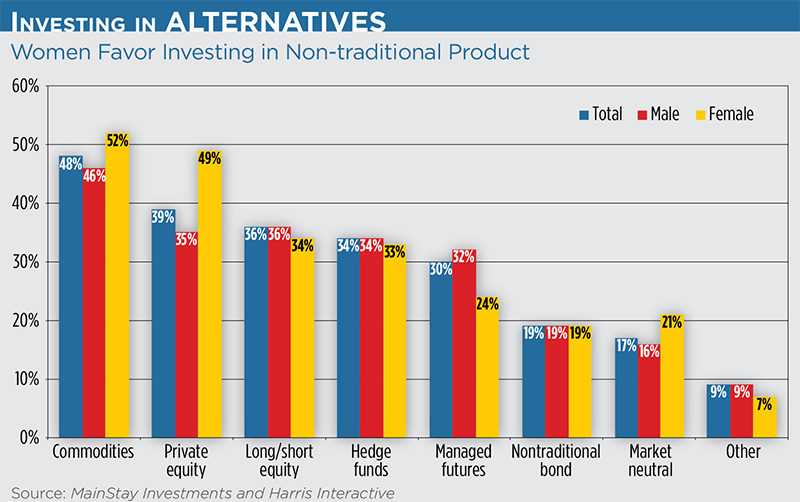 Matthew Leung, head of channel marketing strategies at MainStay Investments, a New York Life Company, says women are more independent when it comes to their finances, noting that they’re more aggressive than in the past.

“They have a lot more ground to make up,” Leung says, noting on average, women do not make as much and they exit the job market more often.

Of course, the higher and growing exposure to some alternative investments might also be because female high-net-worth investors also are more liable to work with financial advisors, who often sell the investments. The study found 65 percent of HNW women look to advisors for ideas regarding non-traditional investments, compared to 58 percent of men. “Women look for validation in the decisions they make,” Leung says, noting that many women investors say they do extensive research to be well-informed when talking over the decisions with their advisors.

“This research suggests that high net worth women should be approached as goal-oriented, savvy investors with a long-term and growing interest in alternative investments,” Leung says.

The study, conducted by MainStay Investments and Harris Interactive, surveyed over 800 investors aged of 40-65 with more than $1 million in investable assets, not including the value of their home.