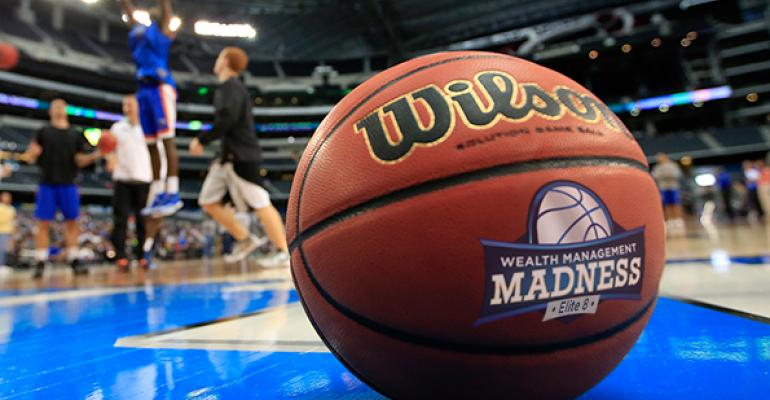 In the biggest landslides of the third round of the tournament, Wells Fargo Advisors' Mary Mack moved easily past Raymond James head Paul Reilly with almost 72 percent of the more than 21,000 votes cast in the Elite Eight round.

Mack is one of two women that made it to the Final Four. Not surprisingly, perhaps, Fed chair Janet Yellen also is moving on, having defeated U.S. Senator Elizabeth Warren, scoring about 66 percent of the votes.

@wealth_mgmt I think Ms. Yellen's press conference today is clearly designed to get her top of mind and into the #WMM15 Final Four. Genius!

Those two contenders sat down to talk with Wealthmanagement.com about the issues surrounding the recent regulatory proposals and what’s next for the industry.

Only four competitors remain, and the next round of Wealth Management Madness begins Monday. Don’t forget to cast your vote for who should move on to the finals.