/sites/all/themes/penton_subtheme_wealthmanagement/images/logos/footer.png
Recent
Recent
12 Must Reads for the CRE Industry Today (May 12, 2021)
May 11, 2021
What Private Equity Investors Need to Know About Proposed Tax Changes
May 11, 2021
How Important Is it to Define Your Ideal Client?
May 11, 2021
Mall Giant Simon Property Boosts 2021 Outlook Amid Retail Growth
May 11, 2021
Featured
Poll: 15 Classic Books on Investing and the Markets
Apr 03, 2020
Fifteen Must-Listen Business Podcasts for Advisors
Aug 14, 2020
25 U.S. Markets Adding the Most Multifamily Units This Year
Feb 03, 2021
The Top Colleges for Financial Planning
Oct 03, 2019
Von Aldo
brought to you by 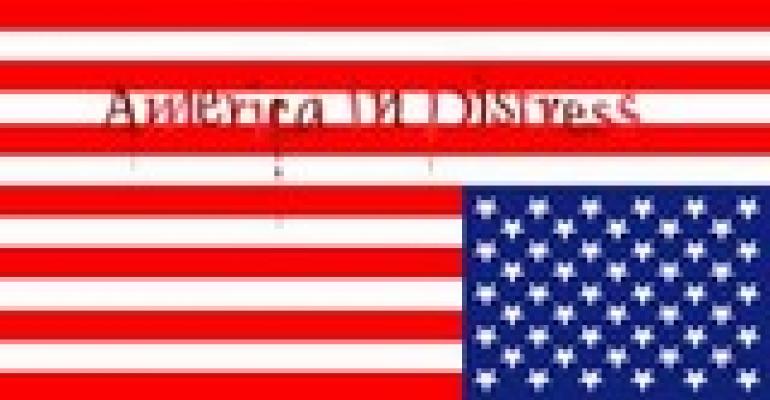 With the U.S. Debt-Ceiling Showdown Upon Us, Sell Stocks

Or so advises Richard Bove, the outspoken analyst at Rochdale Securities, based in Stamford, Conn. In a note today, Bove concludes that a.) "Congress will not meet an August 2, 2011 deadline for raising the deb ceiling"; and b.) There will be no plan that cuts $4 trillion from the U.S. deficit over a period of 10 years." His conclusion?

"For the moment, I would suggest suspending investing since all stocks are likely to fall." And he says the United States --- with its large trade deficit and its debt --- may not be the financial system to be the cornerstone of the global financial system.

He also reckons that companies, households and investors are getting defensive and that will result in dampened economic growth. Safe havens? Tough question, says Bove. Forget about gold, forget about Swiss francs and the dollar. The euro? Ha, the Eurozone is in the same tight place the U.S. is in ---- overly indebted and flirting with bankruptcy. Bove says, "The quest is on to find a new global safe haven." Alas, nobody knows what that "new global financial configuration" will be. Therefore, stay liquid, he advises.

But a less gloomy forecast was issued by S&P head David Beers. "In an interview with CNBC's Larry Kudlow, Beers said a failure to raise the $14.294 trillion debt ceiling "would not be default so long as the government is continuing to pay its debt as it matures and its interest payments." This is according to a missive from Americans for a Limited Government (ALG).

Their statement went on to say, "'The head of S&P has reminded America that rating agencies merely rate the ability of a country or company to repay its debt. And he refused to say that a U.S. default is imminent based on Obama's arbitrary August 2nd deadline,' ALG President Bill Wilson said."

"Wilson concluded, 'Default would be a choice by Obama. Not the result of any action by Congress. As the Executive, it is Obama's responsibility to choose which bills to pay. To ensure Obama doesn't choose to default, Congress needs to take action immediately in support of Representative Trey Gowdy's push to put a credit prioritization bill on Obama's desk that would instruct the Treasury to pay interest and refinance debt up to the limit, as well as pay Social Security, Medicare, and the military.'"

Indeed, that is a good point: The gub'ment (say in your best Michigan Militia accent) might actually have to prioritize its needs, close down some departments and other ridiculous functions that intrude unnecessarily on individual liberties.