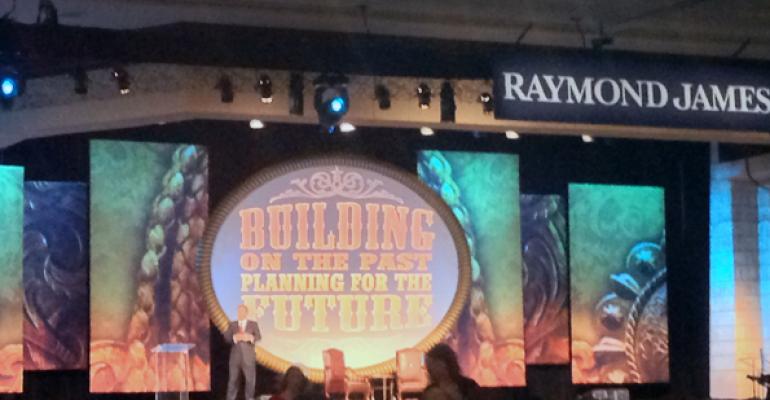 Raymond James’ regulatory guru Chet Helck told attendees of the firm’s national professional development conference that new state proposals to tax the financial services industry are a big concern, and not enough attention has been paid.

Earlier this year, both Minnesota and Ohio incorporated a financial services tax into proposed state regulation and budget agendas. But Helck says that with lobbying support from both Raymond James and its advisors, the proposal that Ohio Governor John Kasich placed in the state budget has been withdrawn.

Helck also noted that it seemed unlikely the pending legislation in Minnesota would survive either.

But he cautioned against advisors dropping their guard against what he called "a nightmare scenario," the specter of every state in the union imposing a financial services tax.  Lobbyist can bring the issue to the table, but it’s the advisors and their clients at home that really change lawmakers’ opinions.

Helck also pointed out the continuing regulatory push for an updated fiduciary standard, saying that the firm and industry group SIFMA are thoroughly reviewing the SEC’s recent 70-page request for comment.

Raymond James is also working with the DOL on its recent proposal to impose a fiduciary standard on advisors of ERISA accounts, as well as IRAs.

The firm is hoping to “at least get an agreement that the DOL will consult with the SEC so you could know that when they get finished, there would be a standard that would be consistent.

“The uncertainty continues to be frustrating,” Helck says, adding that while the industry has been talking about the fiduciary standard for quite some time, it’s still going to take time.