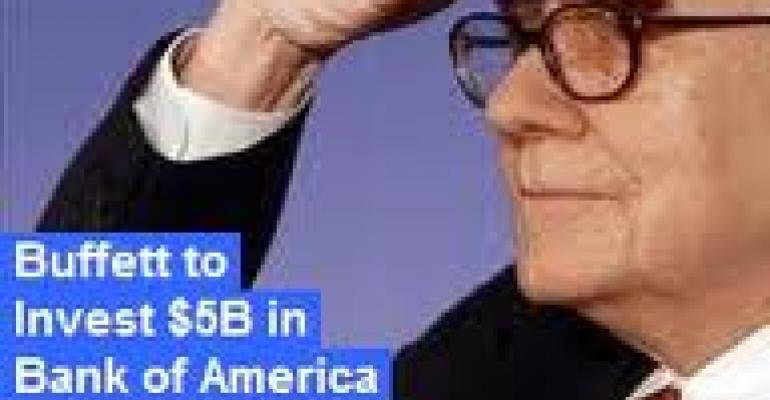 Should BofA Seek Banruptcy Protection? Has $100bn in Liabilities

Chris Whalen, a founder of Institutional Risk Analytics, estimates that Bank of America (Ticker: BAC) has potential liabilities of more than $100bn and so should seek bankruptcy protection. Meredith Whitney, the famed analyst who predicted that Citi would implode, recently arrived at a different conclusion, and stated BofA wouldn't need more capital. Who is right?

According to Business Insider,

"His point: Countrywide's bond trusts are worthless, were never properly constructed, and don't protect investors at all. Bank of America is on the hook for all of that, and while its subsidiaries are well capitalized, the parent company is bust. The only thing to do to fix this problem is to unmake $100s of billions worth of bond contracts."

Our own hedge fund analyst surmises, "There is alot to be said about BofA balance sheet.

"1- As you say, the liabilities are unknown and are not estimate-able with any degree of certainty. We may be able to determine how much of the loan portfolio goes bad.

"2 - The other issue is the litigation from the GSEs, which, if done in a straightforward manner, would bankrupt BofA, as most of what Countrywide Financial underwrote from, say, late 2004-2007 was total excrement.

"3- So the real question is how much do the feds want to shake down BofA to make an example of them?"

Our hedgie, who uses the pen name, Nate Wendler, concludes, "I think BofA would probably move heaven and earth to avoid selling Merrill. Can BofA save the crown jewel they bought from the albatross of Countrywide?"

Poor Buffett, who now has paper losses in BAC.