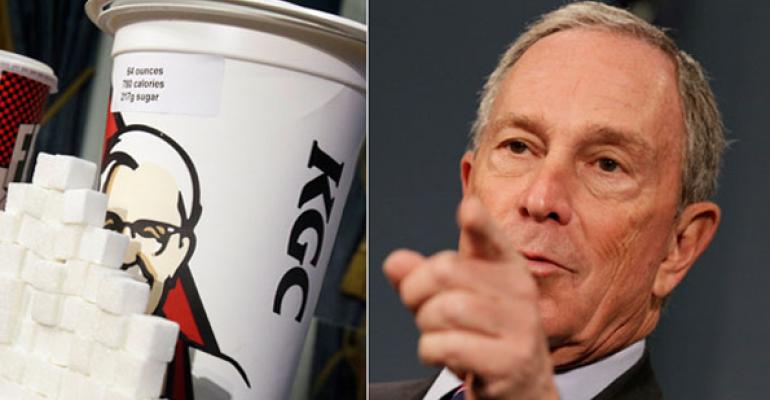 The Road to Serfdom Paved by Government Bullies

Rand Paul makes an excellent point, one that we Libertarians have been making for decades: The gub'ment (say in your best Michigan Militia accent, for that's how many on the Left view us, as some daft cohort of criminals in waiting) is regulating virtually every aspect of your life.

In NYC, when "Nanny" Bloomberg outlawed smoking in bars and restaurants, I told a friend, "Watch, next it will be butter." I was wrong. It was margarine (trans fats) that was banned in NYC restaurants.

Now Nanny Bloomberg wants us not to drink whopper-sized sodas. To enforce that, is NYC governmnet going to have to create another police force? Or simply hire more agents in restaurant inspection unit? And how much would that cost the taxpayer?

Anyway, Rand Paul neatly sums it all up in the following email. Would love to get a thread going about the role of government in an individual's life.

You heard it here first: Someday, and probably not so far off, the gub'ment will dictate how much protein and carbohydrate we may ingest per week.

Anyway, here is the email from Sen. Ron Paul:

There are thousands of tales of “Government Bullies” intruding upon the daily lives and business of ordinary Americans, and my new book exposes these horror stories.

It is meant to set brushfires in the minds of men.

Our Founders envisioned an America in which citizens would bully the government, not the other way around.

This book is my effort to bring that America back.


Please read this exerpt from the Introduction of Government Bullies:

Ronald Reagan famously said, "The nine most terrifying words in the English language are, 'I'm from the government and I’m here to help.'"

We endure a federal government that has invaded virtually every aspect of our lives—from light bulbs, to toilets, to lemonade stands and beyond.

Our federal government regulates everything and anything. How much water goes into your commode. How much water comes out of your showerhead. The temperature of the water in your washing machine. How many miles to the gallon your car must get.

Since the implementation of the Patriot Act, your banking records, your credit card account, your gun registration, and your phone bill have become easy pickings for government snoops, who can do pretty much anything they like with your personal information without the hassle of having to get a warrant.

The government can literally break down your door, seize your property, and even seize you, based on rules and regulations created by unelected bureaucrats with zero accountability.

Congress has abdicated its constitutional role as the federal body that makes laws by allowing agencies like the EPA, FDA, USDA, and TSA to make their own laws through regulations and red tape. These agencies have assumed frightening new powers over the everyday lives of American citizens, giving these government entities free rein over you and me in ways unprecedented in our country’s history.

These government powers aren’t exactly subtle in action or intent.

Does anyone think a government with thirty-eight armed federal agencies is kidding around? They’re not.