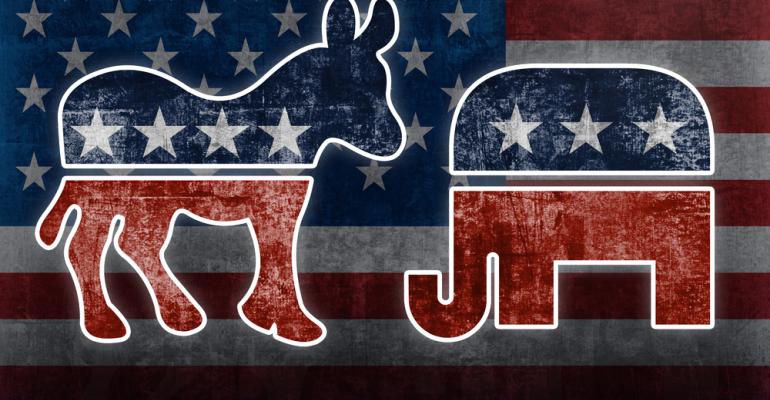 Republicans More Likely to Save for Retirement Than Democrats

The 2016 campaign is shaping into one of the most divisive elections in history, and a new study finds that one party has an advantage when it comes to planning for the future. According to Personal Capital’s 2016 Election Survey, Republicans are more likely to have a retirement account than Democrats. Members of both parties cited the state of the economy as the most important problem facing the country, but one in five don’t have retirement savings and only 8 percent named retirement security as a concern of the election. “Both parties have devoted sections of their official 2016 platforms to Social Security and how they will address retirement security if they are in the White House,” said Bill Harris, the CEO of Personal Capital. “We know that with the growing cost of health care, education and the shifting economy, Americans will only be able to retire comfortably by planning and saving for the future—no matter who wins the election.”

There's more to winning a gold medal than fame, glory and knowing that you're the best in the world at something, whether you're a 19-year-old college student from West Virginia with an air rifle or a pair of weight lifters from Thailand. There's also money to be made. For Americans, winning a gold medal nets an athlete $25,000—not bad for a college kid, but not much of an incentive for the likes of pro basketball players like Carmelo Anthony or tennis pros like Serena Williams. However, athletes competing from other countries do get some hefty sums, according to Forbes. Singapore is the most generous country participating in this year's Olympics, handing out more than $750,000 to a gold medal winner, followed by Indonesia at more than $380,000 and Azerbaijan at $255,000. It should be mentioned that no athlete from Singapore has ever won gold. They've won no medals as of Tuesday afternoon in Rio. Their athletes are best at table tennis, with the women's team earning silver in 2008 and bronze in 2012.

Asset Protection's Race to the Bottom

We’ve written at length on this site about dynasty trusts and the various other asset protection advantages offered by certain states that are engaged in a figurative “race to the bottom” in order to drum up high net worth wealth planning business by removing regulation. However, most people really don't take notice of this controversy unless it’s cast into the light by a major scandal like the Panama Papers. That being said, a recent New York Times article offers a great look at the battles going on in these states and aptly sums them up (and not so subtly burns everyone involved) with an excellent quote from Harvard Law professor Robert H. Sitkoff, who notes that in smaller states, like New Hampshire or Delaware, estate planning attorneys “are an effective and important lobby in a way that would be much harder to replicate in a place like New York, a big state with lots going on.” Ouch.