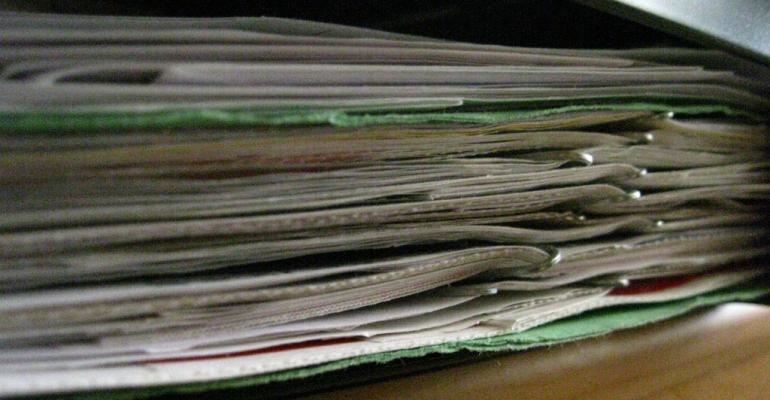 Regulators produced over 3,000 new rules last year, racking up $1.863 trillion in compliance and economic impact costs, according to a new study. Financial regulation alone made up about 18 percent of the rules.

The Dept. of Treasury, Commodity Futures Trading Commission, Consumer Financial Protection Bureau, Federal Reserve System and the Securities Exchange Commission issued 579 rules in 2012, according to a report released Wednesday by the conservative think tank Competitive Enterprise Institute, which advocates for smaller government and limiting its influence.

Last year, Treasury was the busiest executive agency, issuing 428 rules, while the SEC came in second place as the most active independent agency with 76 rules. The SEC’s 76 rules represented 2 percent of the 3,305 active, completed and long-term rules issued by regulators in the unified agenda in 2013, the report found. 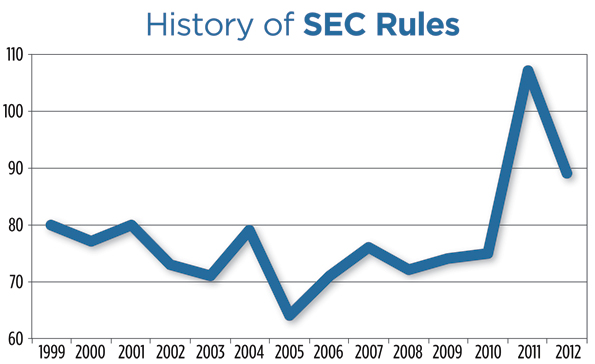 Moreover, it’s small business (and their owners) that pay the price of increasing regulation, the report found. Smaller companies (with fewer than 20 employees) pay an average of $10,585 per worker, compared to $7,755 for those businesses with 500 or more employees.

The report also notes that the regulatory pace doesn’t seem to be slowing down. During the first five years of the Obama administration, the number of rules issued is 29 percent higher than the number produced by President George W. Bush’s administration in his last term. Specifically, President Obama has produced an average of 81 rules annually, compared to Bush’s 63 rules.

“The regulatory state wasn’t small before, but it has grown at an alarming rate during the Obama administration,” Crews added. “The president has said publicly he will not wait for Congress to pass legislation because he has a ‘pen’ and a ‘phone.’ This means the administration aims to implement policy through regulation, which will add a hidden tax on every form of commerce and trickle down to all consumers.”