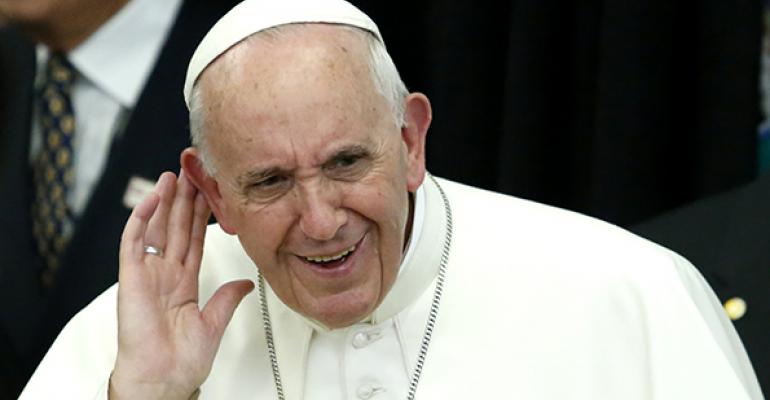 After a rough summer for the fixed income markets - mutual funds focused on bonds saw $60.4 billion in outflows from July to mid-October - the tide may be turning, especially for high-yield, or junk bonds. Due to the U.S. economy's cooling and the shrinking likelihood the Federal Reserve will tighten monetary policy this year, investors are heading back into fixed income, writes Jeff Cox on CNBC. He states that four of the top 10 ETFs in terms of inflows for last week came from the bond sector, with two of them, the SPDR Barclays High Yield Bond and the iShares iBoxx $ High Yield Corporate Bond, focusing on junk. That has the likes of activist investor Carl Icahn worried, stating that investors were buying into products they didn't understand. But it's not just the high-yield end of the market that's seeing inflows. Investment-grade issuance stood at $570.4 billion for the first three quarters of the year, the highest year-to-date tally on record, according to Dealogic.

J.P. Morgan Asset Management polled 100 top female advisors at their recent women’s summit on Oct. 8, and found some interesting perspective, particularly pertaining to retirement risk. When asked about the biggest risk to retirement security not for Boomers of Gen X, but for millennials, 40 percent of the advisors chose “low savings rates" and only 29 percent suggested “student debt,” the hot-button issue usually cited for why millennials are suffering financially. When the same question was applied to the boomer generation, “longevity risk” (48 percent) topped the poll, followed by “Rising health care costs/Long-term care risk” (33 percent).

Most women are still not convinced that a sales-oriented career can be a good fit, and that includes roles in financial services. A recent survey of over 2,000 individuals conducted by Guardian found six in ten women have not even considered a job in sales. And only 22 percent of women surveyed were "somewhat" open to a career in sales. More than three-fourths of women feel they’re not “pushy” enough or lack the necessary ego-driven personality to succeed in sales. Emily Viner, vice president of agency growth and development at Guardian, cites the lack of outreach or knowledge about sales jobs as one of the biggest barriers, saying sales can in fact be a great career fit for women. “For women who have considered a sales position in the past, three-quarters of them would consider it in the future; suggesting women who have explored a sales opportunity saw it as a potentially rewarding, meaningful career,” Viner adds.