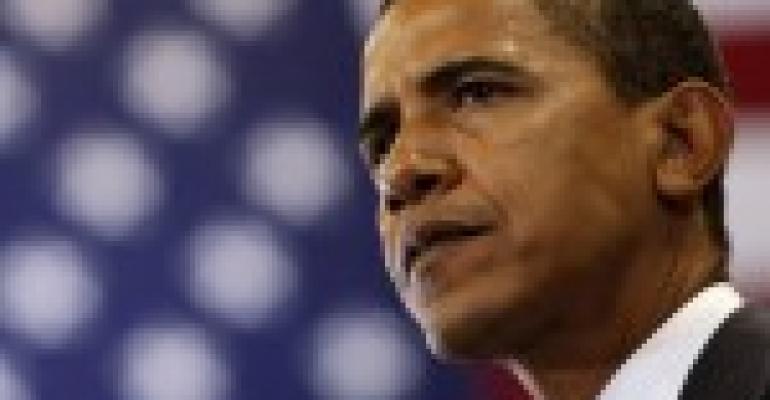 President Barack Obama issued a proposed budget Monday that would give the Securities Exchange Commission an 18.5 percent increase in funding in 2013, raising its total budget to $1.566 billion from this year’s $1.321 billion. But getting that through Congress will be another matter. Could it change the debate over switching in an SRO to oversee investment advisers?

According to the SEC’s budget request, the regulator would use a chunk of that to fatten up its exam program, adding over 200 examiners. The SEC says the new hires would help it increase exam frequency and make sure it can cover the new investment advisers who will be coming into the SEC fold—private equity advisers and family offices.

If the budget increase were to pass, it might fill some of the gaps in the SEC’s ability to oversee investment advisers adequately. But is that enough to head off the battle over whether a self-regulatory organization (SRO) should take over the oversight job? FINRA, the SRO for broker/dealers, wants the job, but investment advisers are not enthusiastic about having to answer to a regulator that is paid for and run by their rivals the broker/dealers.

Still Barbara Roper, director of investor protection for the Consumer Federation of America, doesn’t think a budget increase will do it. “The way the choices are put forward it’s either an SRO or user-fees [for the SEC] to fund enhanced oversight,” said Roper. “There has been some acknowledgement that regardless of what happens on the budget situation, further resources would be needed to beef up investment adviser oversight to an appropriate level.”

“Now you’ll see a big pissing match between the White House and Congress and if you were a betting person you would say the SEC is not going to get all of what the president if asking for,” said David Tittsworth, executive director of the Investment Adviser Association. “What they have asked for is the ability to hire more examiners for OCIE so they can do more exams of investment advisers. I think that if they did get that budget, that would mean OCIE would hire some additional inspectors and they would be able to increase the frequency of investment adviser examination by a significant amount—especially when you think that with the switch, by the middle of this year you’re going to have 20 percent fewer investment advisers under their oversight.”

Mar. 31 is the deadline for RIAs with between $25 million and $100 million to file new ADVs that indicate they are switching to state oversight from SEC oversight. On a net basis, when you include the decline in the number of retail investment advisers and the addition of private fund advisers the SEC will oversee, it should have responsibility for just 9,000 IAs, down from 11,500, says Tittsworth. “If you got those numbers down, and added more bodies at OCIE you should be able to get that inspection rate up.”

Roper agreed with Tittsworth that getting the budget passed would be a long haul. “This is a budget that recognizes that the SEC is underfunded to perform the responsibilities that have been given to it. It certainly faces an uphill battle in Congress. It shouldn’t because it’s fully offset by fees, so it doesn’t increase the deficit by a dime. There’s the Boston Consulting Group study that found that the SEC was about 400 staffers short of what it needed to fulfill its existing responsibilities. But [Representative] Scott Garett (R-N.J.) refers to that study and says it shows that the SEC could just reorganize. There are those in Congress, especially Republicans, who refuse to acknowledge that the SEC needs extra resources and to acknowledge that underfunding puts the financial system at risk. So you know, I don’t think it’s hopeless, but it’s going to take the full efforts of the administration and the Democrats in Congress to prevail.”