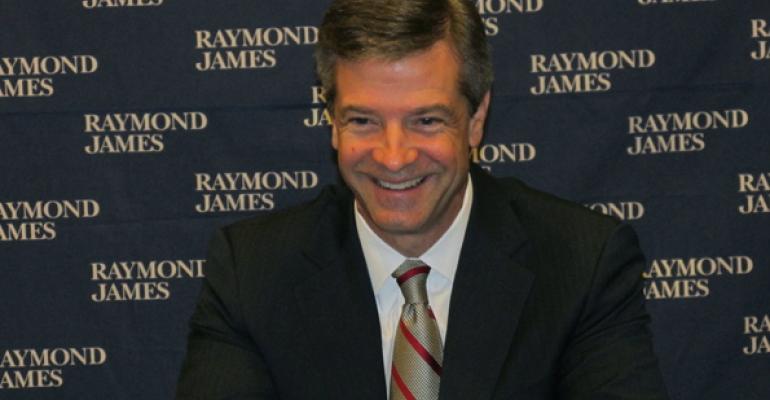 Not Sold on Impact of Robo-Advisors

Call them what you will—robo-advisors, asset-allocators—online advice platforms may provide valuable services for smaller investors, but Raymond James’ Scott Curtis isn’t sold on the idea that these sites will gobble up a major market share.

“As fragmented as it is, it’s hard to believe that online providers are suddenly going to become the dominant players in our industry, I just don’t buy it,” he told reporters Wednesday.

Curtis compared the current environment around the so-called robo-advisors today to that surrounding the discount brokerage boom in the early 1990s. “That was the last time I recall that there were declarations the traditional broker is dead,” Curtis says.

Back then, those platforms were the fastest growing segment of the investment advice channel, he says, noting that today, these companies still only hold a small share of the market. “And 90 percent of the people who had over $100,000 to invest or transfer, they still were using as advisor of one flavor or another,” Curtis says.

Yet 15 years later, now there’s a second declaration that the traditional retail broker is potentially dying and these online advice sites are going to take over, he says. “I’m not sold.” Financial advisors provide more than just investment options—it’s about estate planning, tax planning, wealth transfer, charitable giving and so one.  And for those who have significant amounts of wealth to invest, protect or transfer, Curtis believes they will still seek out the assistance of a professional advisor.

“Until the online providers can replicated all of the advice that is provided by a competent advisor, they will grab only a portion of the market, and it’s [the portion] for people who are focused on and interested in an investment, sensitive to cost and don’t care if they interact with a person face-face-face, he says.

“Will these online services create competition for professional, competent, wealth advisors who are working with people with significant amounts of money to invest and protect? Maybe. As awareness grows, maybe.”