/sites/all/themes/penton_subtheme_wealthmanagement/images/logos/footer.png
Recent
Recent
The Stephen and Kevin Show: All About Financial Advisor Podcasts
May 18, 2022
11 Must Reads for the CRE Industry (May 18, 2022)
May 17, 2022
Apple Delays Plan to Have Staff in Office Three Days a Week
May 17, 2022
Will Inflation Derail the Recovery in Restaurant Dining and Leasing?
May 17, 2022
Featured
The 10 Best and 10 Worst States in Which to Retire in 2021
Jul 15, 2021
Poll: 15 Classic Books on Investing and the Markets
Apr 03, 2020
Fifteen Must-Listen Business Podcasts for Advisors
Aug 14, 2020
Celebrity Estates: Jay Leno and Planning for Classic Car Collections
Feb 22, 2022
The Intelligent Investor
brought to you by 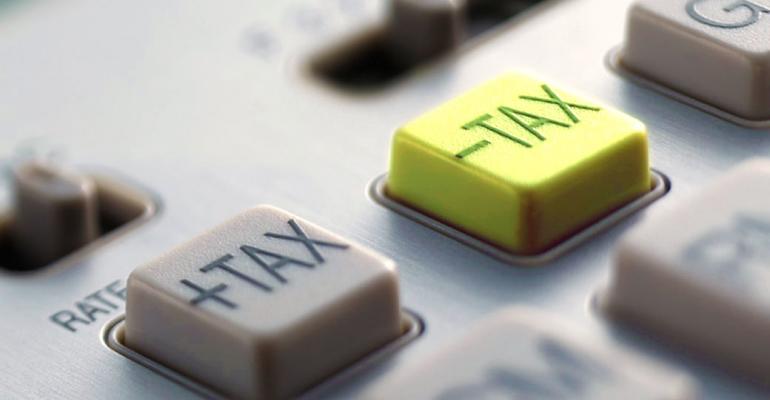 This report is one of a series on the adjustments we make to convert GAAP data to economic earnings.

Reported earnings don’t tell the whole story of a company’s profits. They are based on accounting rules designed for debt investors, not equity investors, and are manipulated by companies to manage earnings. Only economic earnings provide a complete and unadulterated measure of profitability.

Converting GAAP data into economic earnings should be part of every investor’s diligence process. Performing detailed analysis of footnotes and the MD&A is part of fulfilling fiduciary responsibilities.

We’ve performed unrivalled due diligence on 5,500 10-Ks every year for the past decade.

In the reports we’ve done so far, we’ve gone through several of the adjustments we make to reveal a company’s core operating profit, or NOPAT. It’s important to understand, however, that the removal of income and expenses has an effect on the true taxes a company pays as well. Without removing the tax impact of non-operating items, one still gets a distorted picture of a company’s operating profitability.

Due to its high number of non-operating expenses, United Parcel Service (UPS) had a low reported income tax expense of only $167 million, and a tax rate of 17.1%. To find its true operating tax rate, we removed the tax benefit (pre-tax value minus post-tax value) of non-operating items where the pre and post-tax values were disclosed (see an example). Removing the tax benefits from the income tax expense and adding the non-recurring expenses back to income gave UPS an effective cash tax rate of 34.8%. Multiply that tax rate by UPS’s pre-tax operating profit of $11.5 billion, and you see its true operating taxes are just over $4 billion.

General Motors (GM), on the other hand, has by far the largest negative tax adjustment to NOPAT, and it earns our Dangerous rating. Due to a variety of issues, GM actually had a total tax benefit (income) of nearly $35 billion in 2012. Removing the impact of major non-operating items, like a$27 billion goodwill impairment charge, gives GM a cash operating tax burden of $3.1 billion.

No company is going to have a $35 billion tax benefit long-term. Valuing GM based on that distorted tax number is a recipe for disaster. Due diligence in the footnotes is required to remove the distorting effects of non-operating items and reveal a company’s true tax burden.

Sam McBride contributed to this report