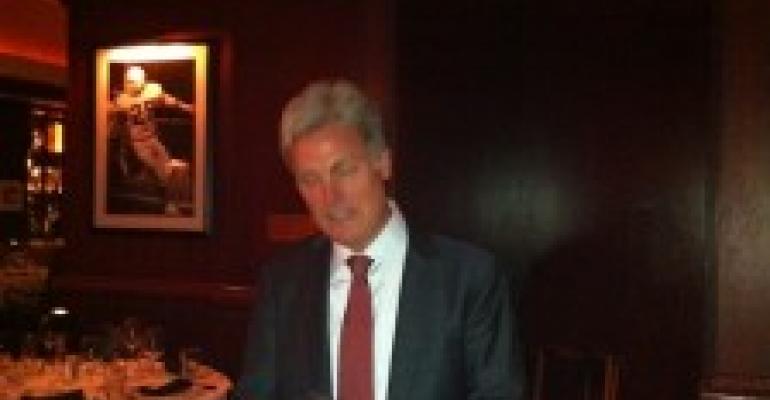 With Nally at TDA Institutional Helm, Full Steam Ahead

Tom Bradley, the long-time president of TD Ameritrade Institutional who was promoted to the retail side of TD Ameritrade (Ticker: AMTD) hit the press today, explaining how the executive changes at AMTD was no shakeup, but a long-planned maturation process. Well, one caused by the departure of John Bunch to a top spot at a investment advisory firm.

I spoke to Bradley, who will now run the retail side, i.e. its network of retail branches, and his successor Tom Nally today about the change over. (Yup, managed to get my 10 minute slot in with the pair who were on a forced march to chat with reporters today.)

Bradley said he had been "mentoring" Nally for years and that there was "nobody" else morequalified than Nally. Bradley will be a hard act to follow. That said, this is not Nally's first rodeo. He has been by Bradley's side for 12 years, and had been running "all aspects of the business unit's sales," according to the release. Further, Nally's has held a wide variety of positions at the company.

Fun facts to know and tell: The retail branch network (call centers, self-directed investors, retail active traders and the like) makes up 60% of AMTD's AUM, but TDAI represents 60% of TDAM's net new assets, Bradley says. It looks like Bradley was tapped to bring his RIA-building skills to the retail side. (Bradley says TDAI's AUM in the fiscal first quarter was $160bn.) By the way, for all of TDAI's success, it still ranks way behind Instiutional, Fidelity Institutional, but ahead of Pershing Advisor Solutions.