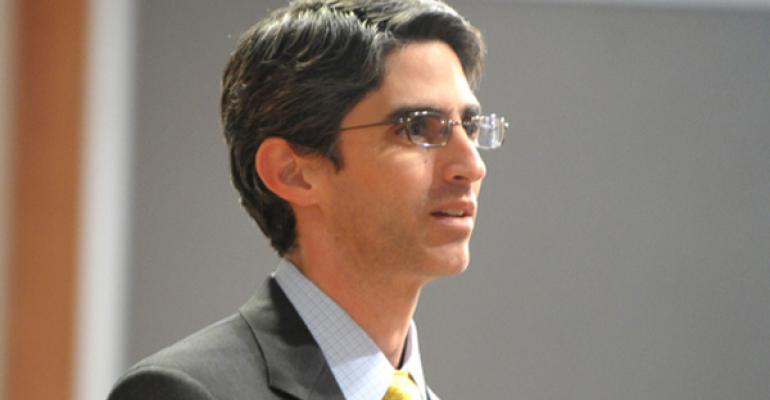 Can you imagine handing your client a short, easy-to-read prospectus on a new fund? Sounds irresponsible, right? But one SEC commissioner said Friday that current disclosure mandates—instead of helping investors—is causing “information overload.”

Speaking about the dangers of over-regulating the U.S. financial system, SEC Commissioner Troy Paredes—a vocal critic of regulatory overreach—warned about the burdens that too much mandatory disclosure place on both investors and businesses.

Not only are disclosures unpopular with companies, too much information actually hurts investors Paredes said. Further, he called the Dodd Frank disclosure provisions a “disquieting” expansion of the government’s control over the economy.

Disclosure is a powerful tool, Paredes said in a speech at the Practising Law Institute conference. But the Dodd Frank mandates and current mandatory disclosures have “questionable value,” he added.

Instead of helping investors make informed decisions, they are suffering information overload and failing to process the pertinent facts, Paredes said. Under new mandatory disclosure rule proposals, investors will be unable to distinguish what is important and what is not.

Investors are further confused if those disclosures are overly complex and hard-to-follow filings, Paredes says. Ironically, with more disclosure—particularly if they are convoluted disclosures—investors are unable or disinclined to properly process the information and make informed decisions.

As a substitute for additional proposed information requirements—an expensive and time consuming task for businesses and financial institution—new rulemaking should account for the fact that too many disclosers can be “counterproductive,” Paredes suggested. Investors fare better when provided with short and simple disclosures, he added.