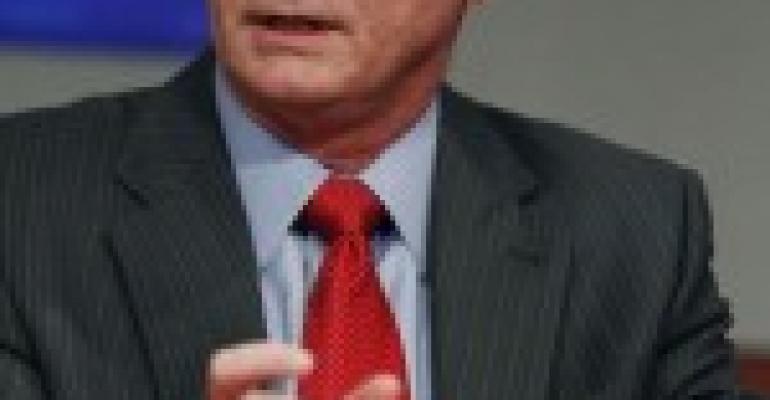 LaMothe Takes Swipe at BofA, Does 180 on Value of Bank-Brokerage Tie Ups

When Lyle LaMothe, former head of retail brokerage Merrill Lynch, stepped down suddenly last May after 20 years at the firm, there were plenty of questions about his departure. He was just 49, but was said to be “retiring” to focus on “personal interests.” That line was hard to believe, and rumors surfaced that he left due to clashes with Bank of America management over its efforts to get Merrill brokers to sell bank products. This week, Reuters published an interview with LaMothe, his first since leaving Merrill, where he says just that. LaMothe, who has since set up shop as an industry consultant, told Reuters that Merrill advisors are leaving the firm because they are being pushed to sell the whole bank instead of focus on wealth management and what’s best for their clients. The major Wall Street wirehouses still enjoy major advantages in the market, but could lose their edge if they continue to alienate brokers with their banking strategy, he said. In his new venture, LaMothe plans to “identify and help companies that share his philosophy for quality over scale,” according to the interview.

A source inside Merrill who preferred to speak off the record said she was shocked by the interview and said LaMothe was a huge supporter of the integration of Merrill Lynch with Bank of America when he was on board. “I wonder if he even knew he was on the record. When he was in his job he could talk about nothing more than how great the integration was. Then you do a full 180 so that you can promote your consulting business?”

In an interview with Barron’s from May, 2010, LaMothe expressed some enthusiasm for the integrated bank-brokerage model. “Our business is unique because we have the ability to coordinate and deliver the full breadth of everything that we have to offer at Bank of America, Merrill Lynch and U.S. Trust to our clients. We are relationship oriented, focused on the full financial ‘lifecycle’ of a client.” He continues, “The success of the partnerships we have established across all advisory and banking platforms is growing stronger by the month, and our clients are responding.”

It sounds like LaMothe did not have philosophical differences with management in 2010, a year before he left. Did he just feel he had to toe the company line? The funny thing is, Merrill provided banking-style services for years before the BofA acquisition, including trust services, mortgages, checking and other cash management accounts.

As to the wisdom of combining bank and brokerage, some Merrill advisors have told us they enjoy having access to Bank of America products, others have said they don’t want to push them on their clients. Merrill brokers do not directly get incentives to sell loans and banking products, nor do branch managers or regional directors. Client associates, i.e. sales assistants who often communicate with clients over the phone, do, however. They are expected to mention banking products like Visa cards when they talk to clients on the phone, and they get compensated if the client opens an account. “We don’t do it for FAs,” said the Merrill source. “Their job is to manage client portfolios. They know they have additional products to offer, but there is no pressure.”

But the issue may be less about direct incentives on the FAs and more about who owns the client. Some FAs have told us they still feel pressure, even if they don’t get compensated for it.

Some of the cross-selling effort is being pushed through Merrill Edge, the firm’s discount investment brokerage.