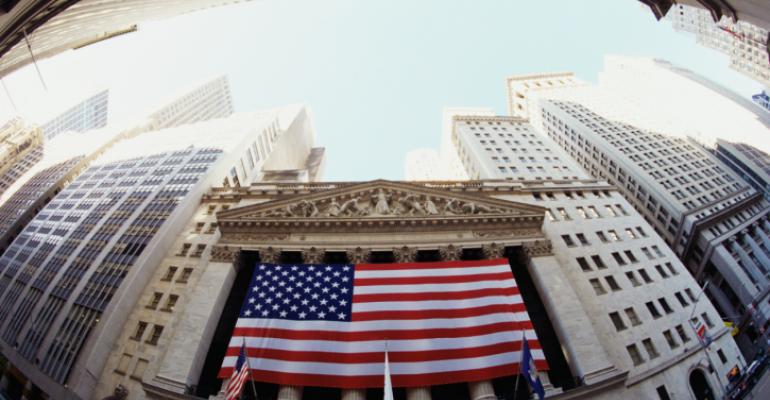 Jack Lew: Good for Wall Street, Bad for Investors? Oh, Puh-leeez. Finance Is Already One of Most Regulated Industries

Deregulation did not --- as in did not --- cause the financial crisis: Misregulation did. I keep reading, and hearing references to, the deregulation of Wall Street and how under George W. Bush, the leashes were removed from reckless profit seeking financiers to steal their clients' (and whomever's) money. This argument has popped up again with the nomination of Jack Lew, Obama's chief of staff, to succeed Geithner as secretary of the Treasury. Even our own Diana Britton, our managing editor, seems to endorse that view in a recent blog post, titled, Jack Lew: Good for Wall Street, Bad for Investors. (Diana encouraged me to write this rebuttal.)

In her blog, Diana, like many others in a knee-jerk fashion, refers to Lew's Wall Street past, at Citigroup, where he was a top executive in a few roles, including chief of alternative investments "leading up to the crash," says my esteemed colleague. Lew is unqualified for a number of reasons, chief among them is that he might end up being a "Wall Street patsy." Also quoted are lawyers to help make the point: "In addition, Lew's past testimony during his Senate confirmation of his OMB Chairmanship in 2010 is very troubling. Lew disclosed he didn't think Wall Street's problems had all that much to do with deregulation, from the removal of barriers to creating too-big-to-fail banks such as Citigroup. Instead he thought the financial crisis was mainly due to derivatives and too much leverage, concluding he didn't believe deregulation was the proximate cause of the crisis."

Lew is correct. (Darn! Hate agreeing with anybody in the current White House Administration.) "If you do not believe that financial services is highly regulated, obtain a copy of the state banking, Federal Deposit Insurance Corporation (FDIC), Office of the Comptroller of the Currency (OCC), Federal Reserve, Securities and Exchange Commission (SEC), or another regulations document that affects the industry," writes John A. Allison, former CEO of BB&T, a regional bank, in his book, "The Financial Crisis and the Free Market Cure." (See my 5 Dec. blog for more about Allison's book.) The government created incentives that helped cause a "massive reallocation of resources from savings (investment) to consumption (primarily in housing)," he says.

The housing debacle was decades in the making. Its roots stretch back to the social engineering initiatives of Johnson's The Great Society with the Fair Housing Act (1968) and the Equal Credit Opportunity Act (1979). Both were created to eliminate racial discrimination. Theoretically. Allison writes: "In practice, the laws were used to give banks incentives to make loans to low-income members of minority groups." In short, people with low incomes have a bigger chance of defaulting on their mortgages. The big bomb: the Community Reinvestment Act (CRA) of 1977. Allison says the CRA wasn't all bad, but it caused banks to pursue reckless behavior. Without a good CRA rating, banks would not be allowed to open branches or make acquisitions.

But I digress. Accordint to the Catro Institute, a libertarian think tank, the regulatory burden increased significantly in the Bush years, writes Allison. "In fact, retulatory cost was at an all-time high (until the current period) during the peak of the bubble (2005-2007)." Cato found that government spending alone --- not including businesses' costs to comply --- reached, in inflation-adjusted dollars, $2.07 billion, up from $725 million in 1980." The financial industry was not deregulated, it was misregulated," Allison writes. After 9/11 the Patriot Act was passed. Not a single terrorist has been nabbed by the act. (The act did catch then-governor Elliot Spitzer's habit for patronizing prostitutes.)

In all there were three major new financial regulatory acts pass during the Bush years: the Privacy Act, Sarbanes-Oxley and the aforementioned Patriot Act. Allison concludes: Put the blame on 1.) the Fed, 2.) the FDIC, 3.) Fannie Mae and Freddie Mac, and 4.) the SEC.