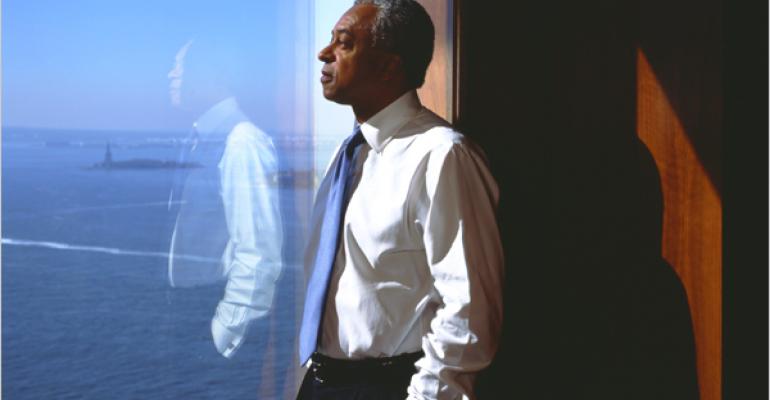 On Sept. 1, 2008 --- just 14 days before news hit that Merrill Lynch would be purchased by Bank of America --- I wrote an article saying, that ML was having "A Near Death Experience That Isn't Over." I concluded: In trying to fathom the amount of capital that financial firms have destroyed since last summer, I called an acquaintance who used to work at Merrill Lynch. I was trying to get my brain around the big numbers, put the losses into context. Through the second quarter, Merrill wrote down about $50 billion in the credit crisis. That sum wiped out about 4.5 years of the company's earnings (not including the three-straight quarterly losses) — or 86 percent of its book value

A few days later I got a phone call from Merrill stating, angrily, that what I wrote wasn't accurate. "Where is the error in the arithmatic?" I asked. "It's not that. It's just not true" that we are dying, said the ML representative. Heh. Famous last words. I bring this up because today I stumbled upon an interesting peice in The Daily Bail, which had reprinted it (with permission) from Pro Publica. The headline: "How a Handful of Merrill Lynch Bankers Blew Up Their Own Firm."

The article says: "Within Merrill Lynch, some traders called it a 'million for a billion' -- meaning a million dollars in bonus money for every billion taken on in Merrill mortgage securities. Others referred to it as "the subsidy." One former executive called it bribery. The group was being compensated for how much it took, not whether it made money.

"The group, created in 2006, accepted tens of billions of dollars of Merrill's Triple A-rated mortgage-backed assets, with disastrous results. The value of the securities fell to pennies on the dollar and helped to sink the iconic firm. Merrill was sold to Bank of America, which was in turn bailed out by taxpayers.

"What became of the bankers who created this arrangement and the traders who took the now-toxic assets? They walked away with millions. Some still hold senior positions at prominent financial firms."