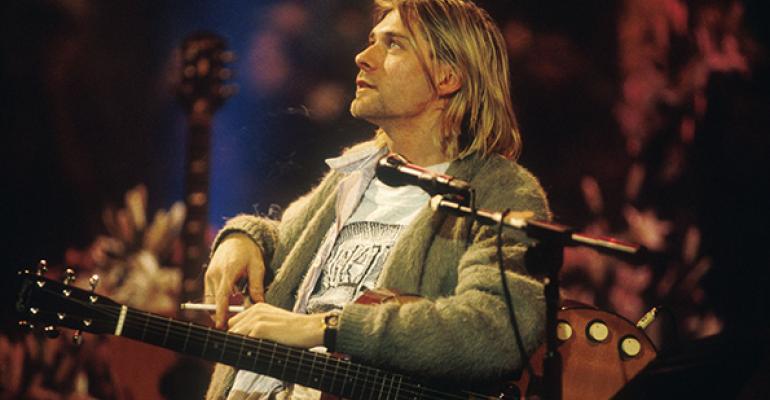 Many people are unhappy about their retirement prospects these days, but perhaps none moreso than members of Generation X. More than two-thirds (67 percent) of Gen Xers believe that the targets for how much they need to retire are way out of reach, compared to 49 percent of baby boomers, according to a recent survey by Allianz Life Insurance Company of North America. The survey of 2,000 Americans found that 64 percent of Gen X respondents felt “bogged down with uncertainty" when planning for retirement, versus 43 percent of boomers. More Gen Xers feel it is “useless" to plan for retirement when "everything is so uncertain,” and that they will “never have enough" money to stop working. At least they'll always have Morrissey.

Interest rates haven't risen yet - and they might not this year, according to some - but that hasn't kept investors from running away from the stocks of real estate investment trusts. REITs were a hot commodity during the low interest rate environment, producing high dividends, but as the talk of rates rising gets louder, their stocks are taking a dive. Still, REITs offer a more favorable yield than the bond market, and they're outperforming other benchmarks, as well, according to CNBC's Diana Olick. In the first quarter of 2015, the total return of the stock exchanged-listed U.S. REIT market was four times the total return of the S&P 500.

For women, a new study indicates that financial problems could be breaking their hearts – literally. According to data from the Women’s Health Study, financial problems doubled a woman’s risk of having a heart attack. Those making less than $50,000 per year were especially susceptible to the impacts of stressful events. According to the study, a traumatic life experience increased the risk of a heart attack by 65 percent, regardless of income. The research analyzed the stressful experiences of 267 women who had suffered a heart attack sometime during the survey period. There was then a comparison group of 281 women with similar risk factors who did not experience a heart attack.