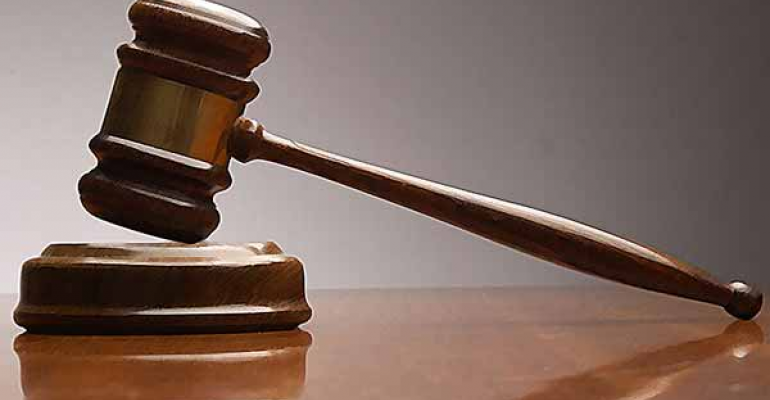 Last week, the Superior Court of California upheld a controversial and surprising arbitration case, which awarded $135,000 to former independent broker/dealer WFP Securities Corporation, its president and a former rep in March. The decision is a giant coup for IBDs, many of which have been driven out of business by similar cases related to risky private placements and non-traded REITs.

WFP itself was so inundated with claims it wound up violating FINRA’s net capital requirements and closed in June 2011, said Brandon S. Reif, managing partner of Winget Spadafora & Schwartzberg in L.A., who represented the IBD.

Earlier this year, the former WFP client, Jaimie Davis, filed a claim against the firm and her advisor, alleging the firm put her $2.5 million portfolio at risk by investing in private placements and non-traded REITs; WFP won the arbitration. Davis then filed a motion with the court to vacate the award, claiming the FINRA arbitration panel wrongly disqualified her expert witness, Douglas Schulz. Davis also alleged that a key impeachment witness, Robert Phalen, another former WFP client, was intimated and threatened into not testifying by WFP.

California courts have only five grounds for vacating an arbitration award, according to the court’s decision. Davis’s petition would be covered by the third one: “The rights of the party were substantially prejudiced by misconduct of a neutral arbitrator.” The court found that this ground was insufficient because “the determination of an experts qualifications is within the powers of the arbitral panel; respondent was not precluded from calling another expert; and the arbitral panel, in any event, found in favor of petitioners WFP Securities, et al, on other grounds too, including that respondents claims were barred by applicable statute of limitations.” In other words, the arbitration panel has the authority to say a witness is not qualified, and besides, Davis had the opportunity to call another expert witness but did not do so.

As far as Phalen, the court said that no fraud or misconduct was raised by the arbitrators as to any threat, and that his testimony would only corroborate Davis’s testimony of improper conduct by WFP, something the arbitration panel already took into consideration in making its decision in favor of WFP. At the time, Phalen claimed he couldn’t testify because he had signed confidentiality provisions as part of a settlement agreement with WFP.

Similar arbitration claims and litigation rarely come out in favor of the firms and the advisor. In fact, such claims related to private placements and non-traded REITs are to blame for much of the consolidation going on in the industry.