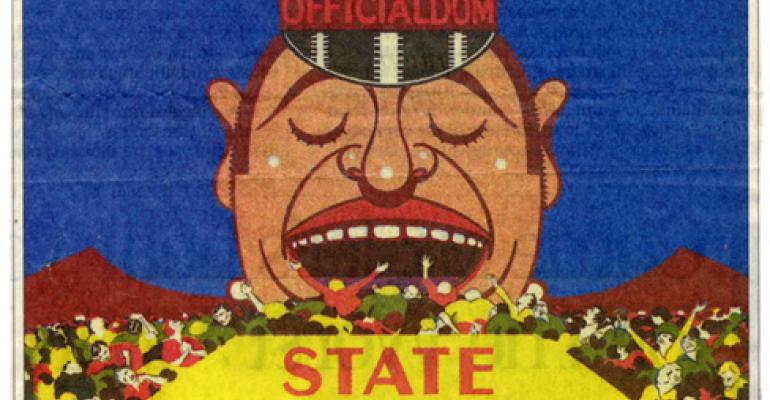 Former Merrill Flunkie Dishes on the Advisory Biz: You're All Money Grubbers

The Occupy Wall Street movement may be on a winter hiatus, but not in The Nation --- one of America's oldest continuously published magazines. In its Feb. 13th edition, The Nation features a story by a former Marine and failed Merrill Lynch advisor who hammers, brutalizes, really, our country's financial system. "Wall Street denizens like to think they contribute more to society than those who earn less because the pay more in taxes," writes Derek McGee. "But where do their earnings come from?"

"Of the myriad ways they extract money from the rest of us, not all are underhanded --- but none are noble," McGee avers. Really? So, the heart of capital formation and the engine of the private economy (oh, and government "economy") is evil? Capitalism (not a good word since Karl Marx coined the word and meant the word to be a pejorative description of free markets) these days is under seige --- and not just by messianic neo-Malthusian communitarians. But this article (An Iraq Vet's Journey from Wall Street to OWS)in The Nation is patently ridiculous. That said, it's just the regular anti-freedom fodder for The Nation, which is one of the last bastions of Stalinism in journalism. Seriously. In the 1980s (yes, I have been reading the magazine to annoy myself for years), published an apology for Stalin. I don't remember the article exactly, but the jist was: "Shame about all the people Stalin killed, but it was for a good cause . . . ." No kidding.

And a week or so ago The Nation argued in a feature story that life in Russia was better under the Communistic tolitarian despotic regime than it is now; that Russians now long for the glorious days under Communism. Ah, yes, what a glorious time that was, a time in which corruption and murder were even more institutionalised than it is today. (BTW, what is wrong with the Russian race? Why can't that society ever organize itself in a Western-like democracy? They just bungle from one despot to the next.)

But I digress. Basically, capitalism is freedom. Private property must be inbedded in the law otherwise we are slaves to the State. And money is property. We should be able to use it as we wish. Yes, I am one of the few free-market libertarians in the journalism business. And I agree with Destutt de Tracy, Jean-Baptiste Say and the other classical economists, products of the Enlightenment, that along with "free exchange and commerce and of increasing productivity comes a blight: government. Taxes, [de Tracy] pointed out [in his Elements d'ideologies, 1801 - 1815] 'are always attacks on private property and are used for positively wasteful, unproductive expenditure,'" according to Rothbard's excellent volume, Classical Economics, published by the Von Mises Institute. "At best, all government expenditures are a necessary evil, and most, 'such pulbic works could be better performed by private individuals,'" Rothbard writes.

And yet capitalism --- freedom --- is being attacked if it were some kind of evil system, enslaving the middle class (whatever that is). Here are McGee's thoughts on the financial advisory biz: "As a financial adviser for Merrill Lynch, I was proud to enter the elite realm of wealth management. We didn't invent, produce or grow anything, but we helped people preserve and perpetuate their wealth. Oh, what a club.

"In training, I was taught how to spot the wealthy in a crowd, how to approach family and friends about their financial planning. I would listen to heroes of the business tell how they made it. They would boast that they didn't take one day off the first four years, that they worked every weekend, never saw their families and made 500 cold calls a day. It inspired and motivated me. They became rich fast—what could be more American than that? I wanted the suits, the watches, the cars. I wanted to start collecting digits on my gross income, like someone might collect stamps or Hummel figurines.

"I had a glass globe that would glow green when the Dow was up and red when it was down. It was also a good indicator of my mood, for a while. In the office we talked about golf or our pet charity or pet dog to show that there was substance to us, but really what we thought about most of the time was money.

"Unlike in the military, there's no loyalty in finance. People left the firm suddenly if they were offered a better deal and thought their clients were loyal enough to stay with them. In emergency meetings, those clients' names were divided up, and we scrambled to persuade them to stay. When I got laid off, two years after I started, my box was already packed under my desk. (You are expected to leave the building immediately.) I had no plans to take files. I had no plans to work in finance again."