/sites/all/themes/penton_subtheme_wealthmanagement/images/logos/footer.png
Recent
Recent
Looking Back at Amazon’s Very Big Year in Commercial Real Estate
Jan 25, 2022
Nine Must Reads for the CRE Industry Today (Jan. 26, 2022)
Jan 25, 2022
Adding to Your Team? Consider a Performance Reporting Analyst
Jan 25, 2022
WeWork Buys Coworking Startup in First Acquisition Since Neumann
Jan 25, 2022
Featured
The 10 Best and 10 Worst States in Which to Retire in 2021
Jul 15, 2021
Poll: 15 Classic Books on Investing and the Markets
Apr 03, 2020
25 U.S. Markets Adding the Most Multifamily Units This Year
Feb 03, 2021
Fifteen Must-Listen Business Podcasts for Advisors
Aug 14, 2020
Intelligent Advisor
brought to you by 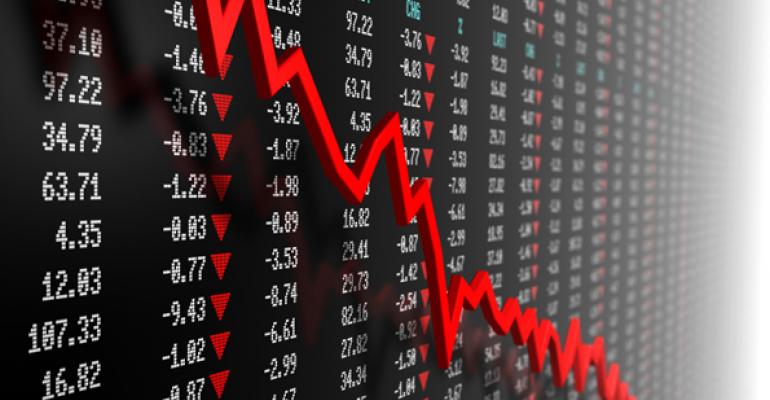 Both investors and their financial advisors are carefully watching the market ups and downs. Half of advisors say the top investor-initiated conversation is focused around market volatility, according to Russell Investment’s Q2 Financial Professional Outlook.

Out of the 150 advisors Russell surveyed, 54 percent said during the past three months, the most common issue initiated by your clients during discussions was volatility in the equities market, followed by government policy. Only 19 percent of advisors initiated this topic with clients.

Yet Fidelity’s Second Quarter Advisor Sentiment Pulse showed similar fears among advisors, finding that market volatility was the top concern for the 200 advisors surveyed, up from the No. 3 spot it held during the first quarter.

When volatility is low, there's always the fear that it will go high, says Scott Couto, the president of Fidelity Financial Advisor Solutions. While volatility was near a 7-year low during the second quarter according to the CBOE Volatility Index (VIX), the last two weeks have seen it increase by a third. Before that, the index averaged 13.34 in April and May, well below the historical average of 20.

"Over the last several weeks we've had several significant geopolitical events,"  Couto says, pointing to the recent downing of Malaysia Airlines flight 17 and the violence in Gaza. "We know post-2009, investors in general are far more concerned about risk." Psychologically, the losses many investors incurred during the recession still hurt, Couto says.

For advisors, it's about maintaining client relationships. Advisors know that the clients who stayed after the market reverses of 2009 showed a bit of faith. "If they lose for a client twice, they fear they may not be in good standing with that client."

These fears, as well as current events, will probably keep volatility top-of-mind for both advisors and investors during the second half of 2014, Couto says.