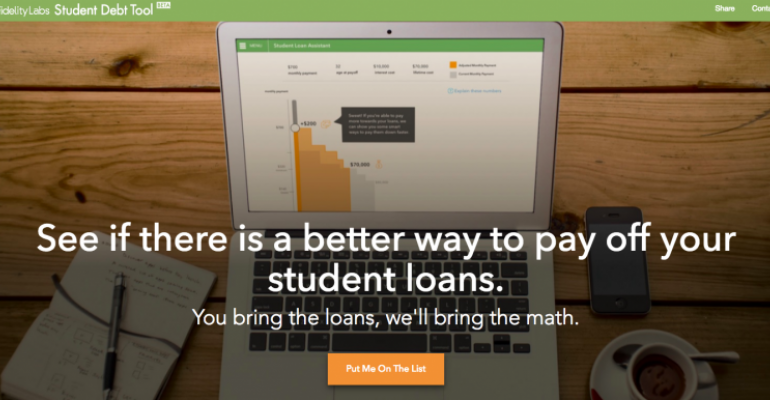 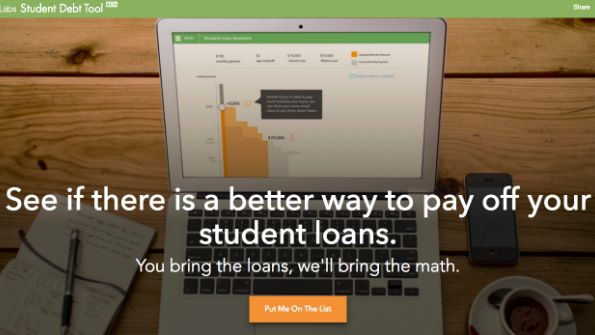 Not yet quite ready for primetime.

Fidelity Labs, the brokerage firm's in-house tech incubator, has developed an online tool to help college graduates get a better handle on their student loans, according to Boston Business Journal. Users enter their various student loans they have outstanding, and the graphic-heavy tool shows how consolidation, altering payment schedules and securing lower interest rates could change the total amount and time needed to pay off the debt. The site may point customers to non-affiliated banks, like Citizens Bank, with offers of lower interest rates. The tool, still in beta testing, is currently being used by a few hundred friends and family of Fidelity employees, but a waiting list is available here.

The Case for the Liquid Alts Robo 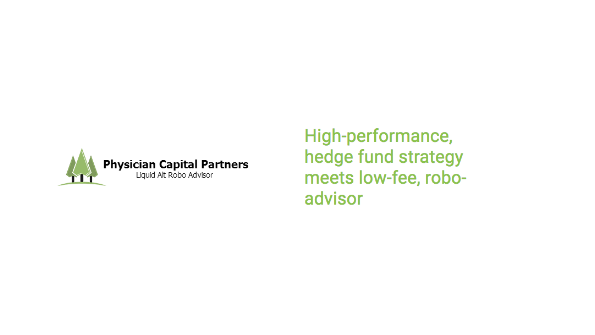 The new robo on the block.

As financial advisors face increased competition from robo advisors and investors get antsy about lackluster returns, the time has come to start looking for new ways to jump-start client investments. Charles Sizemore on Forbes details his new liquid alternatives robo advisor, which makes hedge fund strategies available to the masses. Much like traditional robos, the liquid alts robo takes clients through a risk questionnaire, then assigns them to a volatility-targeted risk parity portfolio. Fees are higher than traditional robos at 80 basis points, but it's not competing against them; it's meant to compete with hedge funds and other alternative managers, who generally charge 2 percent of assets and 20 percent of profits. It also gives Sizemore access to a wider range of clients. "With a robo setup, you can still profitably serve smaller clients, get them the same portfolios you would give a high roller, and all the while keep the regulators happy," he writes. "A robo setup also allows a larger client to 'kick the tires' and try out your services before committing a larger portion of their net worth to your management." 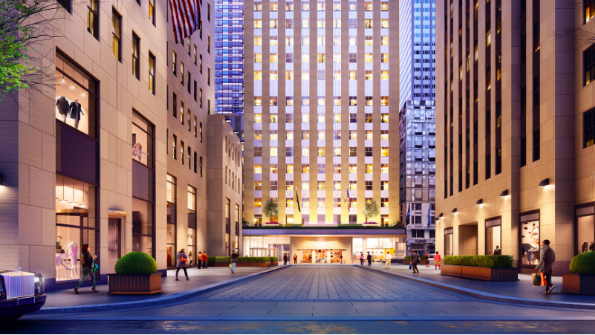 The new home to Merrill Lynch and American Girl.