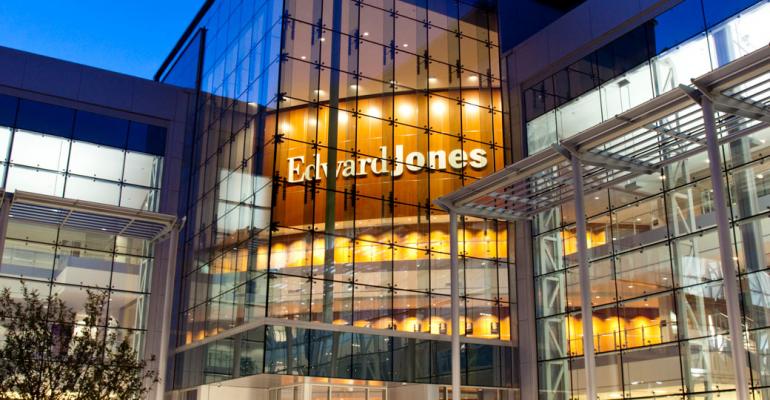 Edward Jones Still Has an Edge in Training

Training Magazine announced this week that Edward Jones took the No. 17 spot on its Training Top 125, a list of the companies across all industries in the U.S. that have the best employee learning and development programs. Wells Fargo was the only other firm on the list with a retail financial advisory business, clocking in at number 62. To determine the winners, the magazine looks at a variety of factors, including financial investment in employee development, the scope of development programs and how closely such development efforts are linked to business goals and objectives.

Wellspring Advisor Group, an independent financial advisory firm, has joined LPL Financial's broker/dealer platform, the firms announced on Monday. Wellspring, based in Alexandria, La., is led by John Carroll, who has $130 million in assets as of November. The firm also aligned itself with the RIA platform of Indepdenent Financial Partners to provide support for its fee-based business. Pensionmark Retirement Group will provide retirement plan administrative and fiduciary support.

How to Identify Your Investor Personality 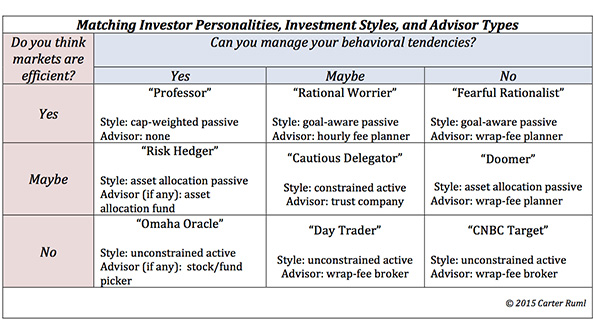 Whether or not you believe in efficient markets and your ability to control your "behavioral tendencies" are the two variables needed to determine what type of investor you are, according to C. Carter Ruml on the Stites on Estates blog. By locating themselves along this matrix, Ruml says, it's easy to identify an investors' style and, subsequently, the type of financial advisor that would be the "best fit." See above for Ruml's personality profile matrix, and bear in mind he realizes the real world is much more subtle than this.

An Australian financial advisor has been sentenced to three years and 10 months in jail for defrauding more than 129 clients out of $6 million over the course of 23 years. Melinda Scott, 50, of New South Wales, pleaded guilty to seven charges. Judge Donna Woodburne said, "she was motivated by greed and abused people's trust," the Australian television network ABC is reporting. Woodburne said she was using money from some clients to pay off others. Scott made a personal net gain of $2.9 million from the fraud.