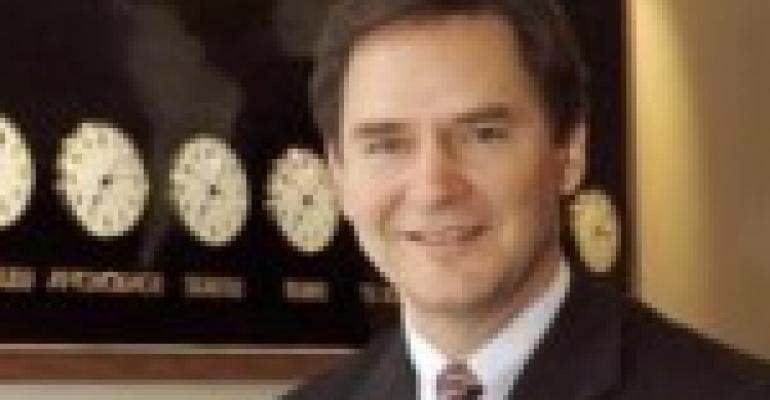 Only about one out of every five rookies in the Wall Street brokerage business makes it through year two or three of a four-year training program, according to industry consultant CBM Group. The rest just can’t drum up the clients or take the pressure and they high tail it out of the business. So it’s always instructive to hear about a brokerage firm that has some skill in the training department. Edward Jones, with its close-knit culture, fiercely loyal advisor force and stick-to-your-knitting investment philosophy, seems to have a few tricks that work.

This week, Training Magazine announced that Edward Jones took the No. 15 spot on its Training Top 125, a list of the companies across all industries in the U.S. that have the best training programs. Edward Jones also took top honors in the “best practices” category. The only other firm on the list with a retail financial advisory business is Bank of America, which clocked it at number 59. (Merrill Lynch, now owned by Bank of America, has long been known to have one of the stronger training programs for financial advisors on Wall Street.) Who makes Training Magazine’s list is partly dependent on who takes the time to apply, however, and the magazine said it does not disclose the names of those companies that tried but failed, so it’s hard to know exactly how either company compares to the rest of the retail wealth management industry. More details about the list and the methodology are available here.

Perhaps the proof is in the numbers. In 2011, of 12,500 people that applied to be a financial advisor at Edward Jones, 2,000 were hired, or around 16 percent. If a hypothetical 100 new hires begin a training class together, about 82 of them get through the first few weeks, become licensed to sell investments and get on the payroll, according to Bill Campbell, a partner at the firm in charge of training. Two years later, about 42 of these guys and gals are still with the firm. By year three, the loss rate flattens out significantly, and about 37 of the original 100 are still with Edward Jones as financial advisors. That success rate is nearly twice as good as the industry average: almost two out of five instead of one out of five.

So what’s Edward Jones’ secret? In the first year after a trainee joins Edward Jones, it lays out about $100,000 to train that individual. Typically, Wall Street firms will spend $300,000 for the full four-year program, according to CBM Group. So, it's not spending more.

One thing that supports the program’s success, says Campbell, is the focus on both formalized training and experience-based training, including mentoring, observation, video-recorded role playing and peer critiques. “Something about seeing yourself on camera tells you a lot about how you interact with people, what you do well,” says Campbell. The first week is spent in the home office and the next six to seven weeks in a local branch office, where the trainee works together with a branch FA and branch manager observing client meetings. After this period, the trainee either goes on to get licensed or is given the boot.

Beginning this year, Edward Jones launched its “practice management” model, which includes both core and elective training. Electives may address specialized areas of financial planning or investing in which the financial advisor may have a particular interest of business focus. In June, financial advisors and branch office administrators will start training side by side.

“Once they get to a certain point in their business, training is certainly not required but it’s something many of them want to avail themselves of,” said Campbell. “Core classes span typically for about two years, though different people progress at different rates. We look at this training as part of compliance.”

Edward Jones, Merrill Lynch and Wells Fargo all jacked up rookie recruiting last year. We wrote about a comeback in rookie training here. For more about the Edward Jones culture, read this recent feature.