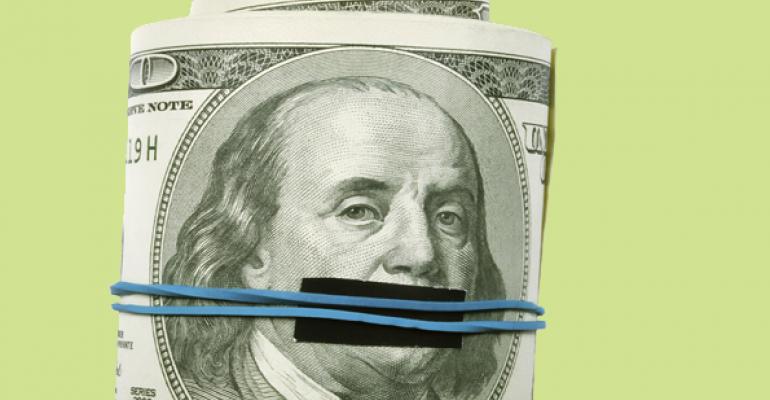 Does JPMorgan Push Bank Funds on Its Brokers? Maybe

A New York Times story published Tuesday suggests that JPMorgan brokers are encouraged to sell proprietary products to their clients, something that is frowned upon by regulators. JPMorgan has $160 billion in fund assets and 3,100 brokers in its ranks. The story ran with the headline, “Former Brokers Say JPMorgan Favored Selling Bank’s Funds Over Others.”

But the evidence offered is a bit meager. Most of the brokers interviewed for the story say only that in their roles as brokers at the firm they acted more like salesmen than true advisers to their clients—this is true of all brokers, who are paid brokerage commissions on the products they sell to retail clients. That forces them to play a dual role—serving both the asset management company that pays them as well as the individual investor, at once. Only one of the former brokers interviewed for the story said he sold proprietary JPMorgan funds specifically to benefit the firm.

“I was selling JPMorgan funds that often had weak performance records, and I was doing it for no other reason than to enrich the firm,” Geoffrey Tomes told the Times. “I couldn’t call myself objective.” Tomes left JPMorgan in December 2011 and is now at Urso Investment Management, a brokerage practice affiliated with independent broker/dealer LPL.

It’s worth remembering that many ex-Wall Street brokers have an incentive to wash their hands of the big financial services firms with their tarnished brands, and to tell a story of conversion to a new faith—that of the independent financial advisor who obeys no law but that of the client’s needs and interests.

It can take up to a year for a broker who has switched firms to transfer all of his clients to his new home. Is Tomes still trying to encourage clients to leave his former firm JPMorgan and join him at LPL? If so, reading that the bank has conflicts and pushes its own products might be that last little shove they need to make the switch. On the other hand, admitting he provided conflicted advice could also alienate former and future clients.


A Little Bit of Encouragement Goes a Long Way…

JPMorgan spokeswoman Melissa Shuffield told wealthmanagement.com that neither financial advisors, branch managers or the executives who supervise branch managers get any kind of incentive, financial or otherwise, to sell certain quotas of in-house products. This would violate securities laws, after all. But it’s possible that there is a more subtle kind of encouragement happening when it comes to JPMorgan products.

“You have to assume that there are some smart folks at JPMorgan,” says Brian Hamburger, an attorney and founder of The Hamburger Law Firm. “They’re not going to do anything illegal. But it does create a moral problem, asking advisors to use their position as an advisor to sell something that generates additional revenues and profits for the firm.”

A regulatory crackdown in the early part of the millennium rooted out the practice of offering monetary incentives to brokers for sales of in-house funds and other products. In late 2003, Morgan Stanley paid a $2 million fine to the NASD for holding illegal sales contests for brokers selling proprietary products. And in 2005, Ameriprise agreed to pay $7.4 million to New Hampshire regulators for offering its sales force illegal incentives to sell in-house funds. Not too long after that, a number of big Wall Street brokerage firms spun off their proprietary asset management divisions, though they often retained stakes.

JPMorgan may simply encourage proprietary sales in a manner that is off the books, spread by word of mouth instead of by document trail. Plus, brokers probably get better information about and better access to in-house products, which is a less direct kind of incentive, says Hamburger.

According to the article, JPMorgan’s chief Jamie Dimon initially wanted brokers to sell a range of products and not just in-house stuff, but the head of asset management said proprietary funds should be the focus. In a compromise deal, they developed more in-house funds but allowed brokers to sell outside products.

The Times article singles out a managed accounts offering called Chase Strategic Portfolios, which includes 15 mutual funds, a mix of in-house and third-party funds. Marketing materials for the offering advertise theoretical rather than real returns.

“Marketing materials for the balanced portfolio show a hypothetical annual return of 15.39 percent after fees for three years through March 31. Those returns beat a JPMorgan-created benchmark, or standard of comparison, by 0.73 percentage point a year.


JPMorgan told Times reporters that the actual returns were not offered because the investment program did not yet have a three-year track record.


By press time, JPMorgan could not confirm a couple of items stated in the article: that the firm circulates a list of brokers who have the greatest share of client assets in the program or what percentage of the $20 billion in the program correspond to JPMorgan broker client assets.