/sites/all/themes/penton_subtheme_wealthmanagement/images/logos/footer.png
Recent
Recent
Merrill Lynch Rolls Out Fully Digital Onboarding
May 06, 2021
Global Self Storage CEO Points to Smaller Markets as the Sector’s Future
May 05, 2021
11 Must Reads for the CRE Industry Today (May 6, 2021)
May 05, 2021
Michael Kitces' #FASuccess Podcast: The Positive Marketing Results Matt Gulbransen Sees From Direct Mail Seminar Events
May 05, 2021
Featured
Poll: 15 Classic Books on Investing and the Markets
Apr 03, 2020
Fifteen Must-Listen Business Podcasts for Advisors
Aug 14, 2020
25 U.S. Markets Adding the Most Multifamily Units This Year
Feb 03, 2021
The Top Colleges for Financial Planning
Oct 03, 2019
Due Diligence
brought to you by 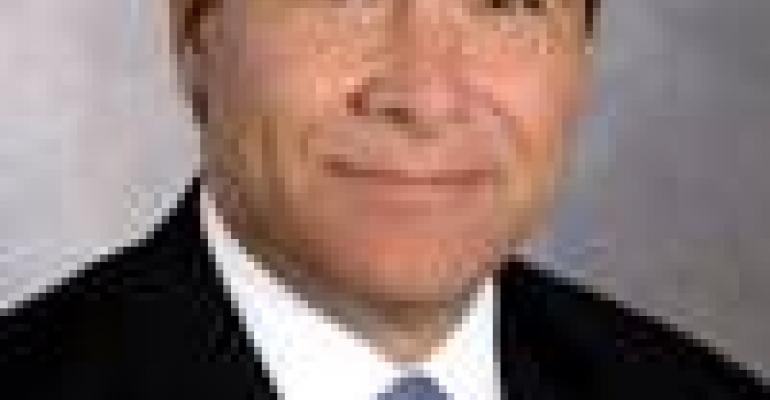 Darnell To Merrill Brokers: I'll Stay Out of Your Way

David Darnell, a commercial banker who took over from the recently ousted Sallie Krawcheck as head of Bank of America's Merril Lynch brokerage, told brokers he'll stay out of their way, according to a BloombergBusinessweek story from today. Darnell apparently made the remarks at a town-hall meeting on Sept. 13, when he addressed the bank's 16,241 financial advisors for the first time since he stepped into the role of co-chief operating officer.

According to the Bloomberg/Businessweek story, Darnell "professed respect for Merrill's brokers during the New York meeting and said he wouldn't change their compensation or brand, which 'is going to be strong forever,' he said." He also emphasized that they would not be pushed to, well, push lending products. "It's your decision based on your client's needs," he reportedly told Merrill FAs. Meanwhile, since the many management shakeups have been announced, Wall Street rivals UBS, Wells Fargo and Morgan Stanley, among others, have intensified their attempts to recruit Merrill brokers, one recruiter told BloombergBusinesweek.