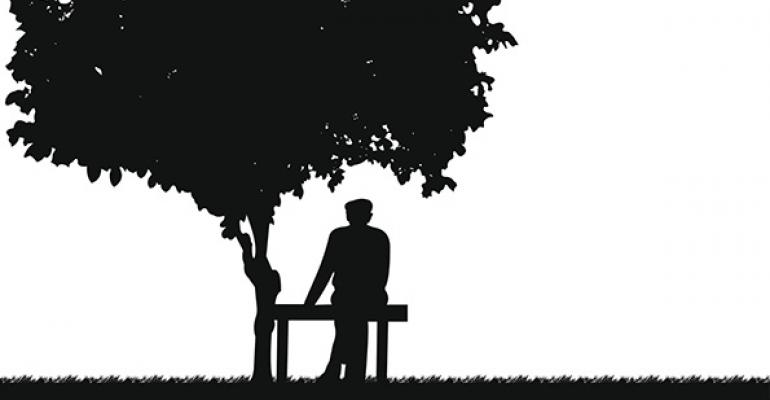 The Daily Brief: The Middle Class and Retirement

Wells Fargo recently released its annual Middle Class Retirement Study, in which 20 percent of respondents said they would rather die early than not have enough money to live comfortably in retirement. The study includes other grim stats like 19 percent have no retirement savings and 61 percent who said they are not sacrificing "a lot" to save for retirement.

Yes, Your Job is Making You Sick

No, not from Ebola or Joe in accounting coughing, sneezing and wheezing into the office coffee pot. Job-related stress is what's getting us down, writes Cheryl Conner for Forbes. She talks to Reuben Yonatan, founder of GetVoIP.com, who found out that 1 million workers miss work per day due to stress-related sickness.

The Young and the Restless

Younger generations care more about what they're invested in, said Motif Investing Co-Founder and CEO Hardeep Walia, at the NAPFA conference this week. And a new study confirms it. In an online survey of 1,913 financial professionals released by First Affirmative Financial Network, respondents see the most demand for socially responsible investing strategies coming from millennials and Generation Y investors. Women were also a top source of demand for SRI. About half of advisors said they have offered an SRI option to their clients.

The ultra-rich are not necessarily happier than the rest of population, according to a recent Spectrem Group survey cited by Business Insider. Seventy percent of American households with $25 million or more in net worth would rather save and invest their money, while 49 percent attributed their happiness to their wealth. And nearly one in four (23 percent) said they constantly worry their financial situation. “So maybe, just maybe, being wealthy isn't all it's cracked up to be,” writes Yuval Rosenberg.