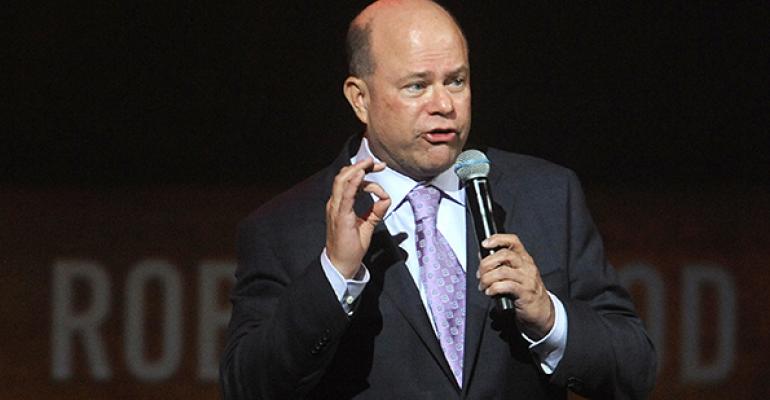 The Daily Brief: Crashing The Financial Party Like It's 1999

David Tepper, the founder of Appaloose Management who topped Institutional Investor’s annual “Rich List” in 2013 by earning $3.5 billion, warned that 2015 is shaping up to look a whole lot like 1999, the year that the dotcom tech bubble caused markets to spike before falling off a cliff. “Worldwide money [was] made too easy for where USA fundamentals were in both late 1998 and 2014,” Tepper told CNBC. He also compared the recent crisis with the Russian Ruble to events in 1998 that forced Russia to default on its debt. Tepper advised investors to be aware of lofty valuations.

In the meantime, U.S. markets continue to soar. The Dow Jones Industrial Average topped 18,000 on Tuesday for the first time in history, propelled by the latest news about GDP growth. If you’re looking for a quick and easy way to explain to your family why this record actually matters, Vox put together an excellent primer for the layperson.

Each year, Nuveen's Robert Doll makes a series of predictions for the coming year, and, unlike many pundits, he has put out a scorecard on how he did in 2014. Overall? Pretty good. Doll accurately predicted that U.S. equities would have a strong year despite a 10 percent correction. He said that dividends, stock buy-backs, capital expenditures and M&A activity would increase at a double-digit rate, and that municipal bonds would outperform taxable bonds. He missed out by predicting that active managers would outperform index funds and cyclical stocks would outpeform defensive stocks. Expect Doll's 2015 predictions in January.