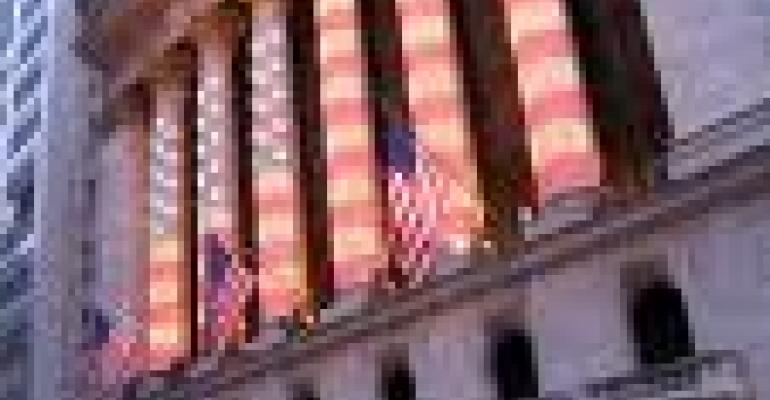 Here's a fun fact I learned from Investment Dealers' Digest:

In 2002 82% of equity trades were done via the NYSE. In 2010? That number dropped to less than 30%. (And, again, we're not talking about the NYSE's electronictrading initiatives, but what the open outcry floor, the NYSE Classic, as it is now known.) Wow. Joseph Schumpeter was right about "creatvie destruction," it's a tough world, companies come and go, workers are sometimes displaced, but in the end, it's good for the consumer. The many elctronic trading systems allow institutional investors doing big block trades to trade traunches peicemeal, over hours or days, amont several trading systems and do so relatively anonymously.