/sites/all/themes/penton_subtheme_wealthmanagement/images/logos/footer.png
Recent
Recent
Housing Market Disruptor Banks on Help from Blackstone
Oct 26, 2021
Seven Must Reads for the CRE Industry Today (Oct. 26, 2021)
Oct 25, 2021
Amazon Touts Drivers, Warehouses as Salve to Supply-Chain Woes
Oct 25, 2021
Calculating the Costs of Moving to Net Zero
Oct 25, 2021
Featured
The 10 Best and 10 Worst States in Which to Retire in 2021
Jul 15, 2021
Poll: 15 Classic Books on Investing and the Markets
Apr 03, 2020
25 U.S. Markets Adding the Most Multifamily Units This Year
Feb 03, 2021
Fifteen Must-Listen Business Podcasts for Advisors
Aug 14, 2020
I Heart Wall Street
brought to you by 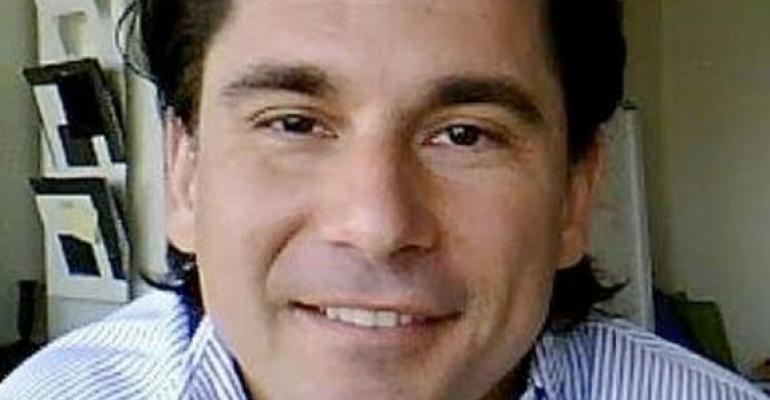 Consider Your Next Move Carefully

About a dozen years ago, I was a freshly-minted rookie in the wirehouse. One day my manager pulled me aside, “Scott, I know you love it here, but I want to tell you something important about working on Wall Street as a financial advisor... If you’re like most of us, you’re probably going to switch firms once or twice in your career.” I thought he was testing my allegiance but he continued, “It’s just the nature of the business, make your moves carefully...” True to his word, he left the next year with a huge bonus check waiting for him at the new firm. A few years later he'd ironically be working for my old firm again, via one of the many shotgun wedding mergers of 2008-2009.

And let's face it, it's tough out there. I know some brokers in the wirehouse world still, and they're all looking around wondering what the next move might be. And like my old manager, I’m here to tell you, consider your next move very carefully.

As Registered Rep's own Jerry Gleeson recently pointed out, "Investors are not happier campers when it comes to their full service brokerage, according to the latest satisfaction study by J.D. Power and Associates. ...Scoring high marks for the second year in a row are two firms seen as the bane of most retail brokerages: discounters Fidelity Investments and Charles Schwab. Fidelity ranked second while Schwab placed third." [While] "three of the four wirehouses—Merrill Lynch, Morgan Stanley Smith Barney, and Wells Fargo Advisors—scored below the industry average..." How did this happen? What changed?

Twenty years ago, a wirehouse broker would laugh at the independent, because obviously they couldn’t hack it with the big boys. And why would anyone leave? The moat was insurmountable: world-class operations & technology, a trading desk, research, IPOs, and of course, prestige. And then something happened, a shift.

In 2008, when the big firms were the ones teetering on the brink, the independent advisors were the ones laughing. There were no headlines about independent advisors wringing their hands about Charles Schwab, TD Ameritrade, or Fidelity's institutional services needing government bailouts. Independents didn’t spend one day looking over their shoulder about the strength of their custodian. And clients around the country saw the same thing. 2008 changed the minds of a lot of people.

Now, here’s a little mental exercise I want to you to go through. Look around your office. It’s probably like my old office. You’re sitting behind a dated computer loaded with tools you can access online for free or purchase for a few thousand dollars a year. You might have the same faux-cherry desk I had; the one that's not quite the right size for your office computer and the speedier personal laptop you keep handy. The office is swirling with managers ready to give you a pep talk, full of brochures you never use, and loaded with $5 breakfast burritos from a wholesaler ready to shill their next great idea. I want you to then add up the time you spend on sales meetings, office meetings, and an email inbox full of firmwide noise. Now, do the math. How much of that overhead is tied up in the company’s share of your payout? How much of that do you control? The sum total is why you're starting to see advisors and clients alike starting to consider independence.

In the last four years, in particular, as a response to this shift, we've seen a deluge of online financial advisory offerings. Ultimately, they’re not going to replace an advisor, but they are going to challenge a lot of the status quo. They're going to provide the same questionaires advisors use, directly to clients. They're going to simplify the investment process into plain-english. And, as a result, for the investor, technology really has leveled the playing field in a lot of very important ways. Don't get me wrong, quality investment and planning professionals will still have a job and make the difference, but the choices available to investors today are much more robust now. Some advisors are going to be left behind, that's nothing new, but for the advisor who's ready, a world-class infrastructure can be built quite affordably as an independent. Twenty years ago that would have been unimaginable.

In the wake of this shift, we are in a process of stripping all of the implied value out of the advice model Wall Street firm’s have been peddling for the last 30 years. Today, I Skype with clients, my files are in a dropbox I can access and share with clients from any computer in the world, including my iPad. I don’t spend one second of my day, appeasing my manager, attending another meeting about products I won’t ever use. And this is just the beginning of the shift that’s becoming a reality across the industry.

Another real example of the shift would be my blog, I heart Wall Street, which has given me an amazing outlet to communicate. All I needed to start was some imagination, basic computer coding skills, $6 a month for my domain name, and a wordpress account. As a result, I'm writing for Wealth Management, I've been quoted in a number of different languages from around the globe and garnered way more attention & affected more positive change than I ever could have working for my old firm. And here’s the thing, this secular socially-connected shift has yet to be fully realized by the legacy firms. Real investment advice & content is valuable, but the margins they’ve come to count on are completely upside down if they are forced to truly compete with the oncoming wave of change.

According to the Wall Street Journal, as of 2010, physical branches have grown by around 30% over the last decade to over 80,000 locations across the US for people's banking & investment needs. That's roughly 1600 branches per state, in a decade when the world is clearly moving more online. And there's a huge battle brewing for the $40 trillion dollars US investors are controlling. The price for advice, even good advice, is NOT going higher -- it's going lower. So ultimately, the legacy firms of Wall Street are going to be forced to choose who is going to take that hit: their advisors or the firm? Does anyone want to take some guesses on how this one plays out? Conveniently for the firms, most advisors won’t have a choice because of the flytrap nature of the bonus checks being dangled from the ceiling.

As it is, I think the balance of power has shifted to smaller more geographically targeted independent firms who effectively tap into the powerful infrastructure the internet has to offer. So, the big question that remains for advisors is, what's your next move?

In my mind, this really is an exciting time to be alive.