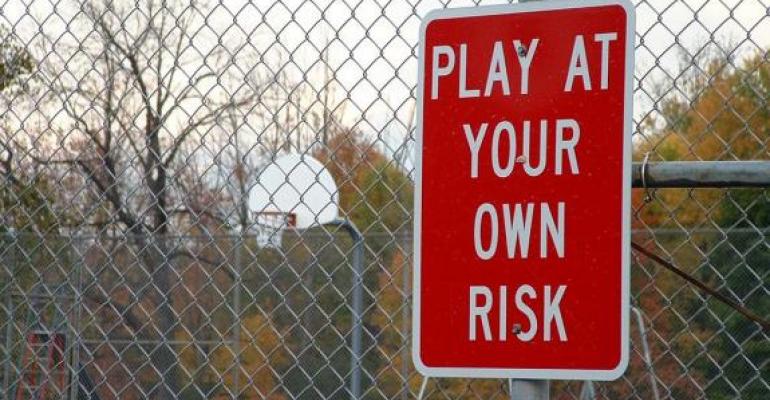 Jeremy Grantham is the co-founder and Chief Investment Officer for Grantham Mayo Van Otterloo (GMO). He helps manage about $100 billion & he's probably one of the great asset allocators in the game. Most people don't know it, but he is also one of the founding fathers of index funds.

Early this year JtotheG wrote a masterful piece about Managing Other People's Money:

"The central truth of the investment business is that investment behavior is driven by career risk. In the professional investment business we are all agents, managing other peoples' money. The prime directive, as Keynes knew so well, is first and last to keep your job. To do this, he explained that you must never, ever be wrong on your own. To prevent this calamity, professional investors pay ruthless attention to what other investors in general are doing. The great majority "go with the flow," either completely or partially. This creates herding, or momentum, which drives prices far above or far below fair price..."

"...The market can stay irrational longer than the client can stay patient.” Over the years, our estimate of “standard client patience time,” to coin a phrase, has been 3.0 years in normal conditions. Patience can be up to a year shorter than that in extreme cases where relationships and the timing of their start-ups have proven to be unfortunate. For example, 2.5 years of bad performance after 5 good ones is usually tolerable, but 2.5 bad years from start-up, even though your previous 5 good years are wellknown but helped someone else, is absolutely not the same thing! With good luck on starting time, good personal relationships, and decent relative performance, a client’s patience can be a year longer than 3.0 years, or even 2 years longer in exceptional cases. I like to say that good client management is about earning your firm an incremental year of patience. The extra year is very important with any investment product, but in asset allocation, where mistakes are obvious, it is absolutely huge and usually enough..."

And, I'm going to let you in on a little secret...

When I'm at work, I make it a point to always be more conservative with new clients. Because "trust" is major currency of any relationship and it's based pretty much solely on faith in the beginning. You trust what I say is right. You trust I'm being honest & I know what I'm talking about. Over time that faith-based trust will either be reinforced with reality & action, or it won't. And as 7 Habits Guru, Stephen Covey, mentions we all have an emotional bank account.

So, I've found it's best to keep a new client more comfortable with downside volatility, because ultimately it's easier to talk any client out of chasing a bull, rather than freeing them from a catatonic state of bear  staring.

Why put undo strain on a new relationship? Why be the one standing naked in the doorway to say hello on a first date? The market is a finicky, flirtatious cruel kitten of capitalism. But sometimes, you have to know when to say "thank you & goodnight" even if it means the kitty may scratch. I'll share a little story about what I mean...

Sometime ago, in a town called Manhattan Beach, we had a conversation with one of our younger clients about their risk tolerance & allocation. It wasn't our first chat about the topic. We'd been working together through 2008. He actually came to us because he was on the verge of nuking the family portfolios. He wanted "professional help." We made sure to clarify, "not help blowing it up..."

If he didn't own Apple it would have been an absolute crying mess. 2008 brought out a lot of individual investors who thought they'd pick up some companies on the cheap, and then the market dropped another 30%.

We advised selling all of the garbage (keeping Apple) and bought a mix of index funds more in-line with his overall risk tolerance, especially after being shellacked. We told him to reel it in: get conservative with his portfolio, focus on making & saving money (and keeping his job), and generally hunkering down. More directly: the 400% he was hoping for from his portfolio was not what he should be focusing on. Certainly not with 100% of his money.

Then things got better. And we had more conversations about ratcheting his risk back up, again with the index funds. He'd move from 50% growth / 50% capital preservation to 60/40 through 2010. We felt this was a good mix for him long-term based on how we'd seen him react to the market corrections and crises we'd witnessed with him.

Then in 2011 we revisited things again, and he felt he wanted to be more aggressive still. We pushed back a bit, but ultimately because of the amount plunge protection we were seeing from Bernanke & the wrecking crew we ultimately didn't disagree. He was younger still, he'd seen firsthand what markets could do, and we reminded him. Now because of our time together we knew, he knew the risks. Ultimately he accepted the fate of his informed decision. So in the late summer of 2011 (in the third year of our relationship), we went to 70% growth / 30% capital preservation.

And then December of 2011 happened.

The market rallied a bagillion points from the week of Thanksgiving into the year-end. Ok...actually the S&P 500 was up 7+% percent. And, he wasn't. His reptile brain kicked into overdrive -- he was now officially "underperforming." He wanted 100% stocks. And not just funds, mind you, but actual stocks again.

Not only was he questioning the convention of our allocation -- he was also saying he wanted stocks instead of funds. I'd be lying if I said I was surprised; this is probably one of the most common flip-flops I see with individuals who've owned individual stocks before working with us. Markets go down -- "hey, these funds are ok..." Markets rocket up -- "these funds suck." And vice versa.

So, what do you do? There's career risk with either decision, enabling or denying him. I'll tell you what I did... I told him no.

No, we won't sell everything to buy individual stocks.

No, we won't sell your bonds.

No, we think you're wrong.

I talked to him about career risk. I told him I could be wrong, but I could not advocate him pushing any further from shore while I was the lifeguard. I told him if he needed to find another beach, so be it. It was tough love. I knew we were going to lose him, and I never like losing a client.

A month later we got the call -- he said he wanted to take over his account again, investing it himself. He was going to buy some names that represented his values and views as a long term investor. He sent me a thank you note. He sold all his bonds, all his index funds. We parted as friends. His thank you included a list of stocks he bought, wanting my comments. I told him I was sorry, but I couldn't respond directly because that would be advice, which he no longer paid for.

Fast forward to today. I was cleaning up my emails and came across his buy list through 6/8/12...

And all I can say is this:

1) I really hope he had a sell discipline.